Prosecutors have declined to press charges against a 50-year-old man who shot a 33-year-old outside a nightclub in March, saying the shooting was justified under Florida’s “Stand Your Ground” law. 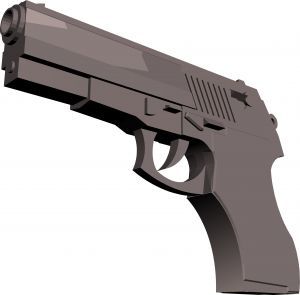 Fort Lauderdale criminal defense lawyers know that the law has gained a great deal of notoriety in the last year due to the Trayvon Martin case, in which the 16-year-old black male was shot by white/Hispanic neighborhood watch volunteer George Zimmerman in northern Florida. Advocacy groups decried the subsequent decision by police not to file charges, citing the “Stand Your Ground” law. A special prosecutor was eventually appointed in that case, and Zimmerman is now facing charges.

But “Stand Your Ground” has historically been seen as a defense to physical assault or homicide that occurs at or near one’s home. It isn’t typically applied to bar-room brawls, but this case shows that in certain circumstances, it can be.

In this case, the Sun Sentinel reports, the older man fired his gun outside of Mangos nightclub, after the younger man attacked him physically. According to Broward County Sheriff’s deputies, the older man’s two teenage sons were waiting to meet up with their dad when a 33-year-old walked by and tossed a used tissue at their car. When the boys met up with their father, he walked with them inside the club to demand an apology. It’s not clear if they got it, but the man and his two sons then left, him heading in one direction and his sons in another.

However, the tissue-tosser soon followed the older man across the street. Once there, he stripped off his shirt, a recognized signal that he was prepared to start a physical fight.

The older man reportedly had a concealed weapons permit and remained at the scene to speak to police, who noted he had multiple bruises and dried blood near his nose.

Prosecutors, in declining to file charges against the older man, cited too the mens’ sizes – the older man was 5’7, while the younger man was 6’1 and nearly 240 pounds.

The “Stand Your Ground Law” is located in Florida Statute 776.013. It states that if a person is held in reasonable fear of imminent peril of great bodily harm to himself or herself or another person, they are justified in taking action that may cause death or great bodily harm. There are multiple stipulations in the law, but that’s essentially the crux of it.

If you have questions about whether your case may fall under the Stand Your Ground statute, we can help.