When a traffic stop is predicated on illegal pretenses, everything police discover as a result becomes void and barred from the courtroom. 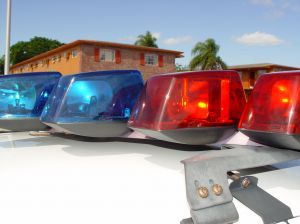 This is the basis for the “fruit of the poisonous tree” legal doctrine, and our Fort Lauderdale criminal defense lawyers know that it is intended not only to serve as a protection for the accused, but also to encourage police officers to have legitimate reasons before initiating a traffic stop. Otherwise, they recognize their efforts will be for naught.

This point was illustrated recently in the case of State v. Jones, which was reviewed by Florida’s First District Court of Appeal.

The specifics of the case aren’t apparent in the appellate record, except that the defendant was stopped in traffic by a police officer. Following that stop, he made potentially incriminating statements against himself, and there was also physical evidence recovered that also tended to incriminate him.

The appellate court sided with the defendant, holding that because the stop was illegal, all physical evidence and statements gathered thereafter could not be used against him in trial, effectively decimating the state’s case against him.

In its reasoning, the court pointed to a similar conclusions reached by the same court last year in Neely v. State. In that case, the appellate court found the trial court erred in denying a motion to suppress evidence of pills found in the defendant’s pocket after an illegal detention and search.

In that case, an officer was alerted to a man slumped over in a van in the driveway of a residence. The defendant was found inside, and he was fine and not intoxicated. The officer then directed the defendant to “stand by while he knocked on the door of the residence, which belonged to the man’s ex-wife. She indicated the van was hers, that she had last seen the defendant sleeping on her couch and that it was Ok for him to be sleeping in the van.

The officer, indicating he had probable cause to arrest for trespassing in a conveyance, then searched the defendant, and found eight oxycodone pills, for which the defendant lacked a prescription.

According to the officer, he asked to search the defendant, and the defendant responded by lifting his arms several inches, which he took to mean consent.

Later, defense counsel would argue there was no probable cause for a search or arrest because the owner of the vehicle said the defendant had permission to be inside.

The state countered the search was legal because the defendant had consented. While the trial court agreed with prosecutors, the Second District Court of Appeal reversed. The court reasoned even if the defendant had consented to the search, that consent was invalid because the officer had illegally detained him. As such, that presumptively tainted the consent and rendered it involuntary. The case against him was dropped.

These are both good examples of how an experienced defense attorney can closely examine the facts and successfully fight for an outcome in your favor.