A Florida man convicted of possession of a firearm by a convicted felon will receive a new trial, following an appellate court’s finding that admission of a 911 transcript absent the testimony of the caller was erroneous. 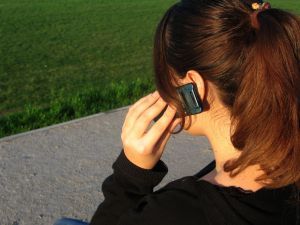 The burden of proof is always on the prosecution in criminal cases, but it’s important to effectively challenge evidence that doesn’t meet appropriate legal standards. These are the kinds of arguments an experienced Fort Lauderdale criminal defense lawyer can raise on your behalf, which could ultimately result in the scales tipping in your favor.

The case of Brandon v. Florida stemmed from an alleged assault that was called into 911 dispatchers in Duval County. The woman reported she had been assaulted by the defendant, who threatened to kill her while simultaneously pointing a gun at her.

The suspect was soon located and arrested on a charge of a felon in possession of a firearm. However, no firearm was actually found in the defendant’s possession. The only evidence the police or prosecutors had to substantiate this was the testimony provided by the woman who called 911.

This alone may have been enough to convict if the jury deemed her testimony and other circumstantial evidence credible.

However, on the morning the trial was to begin, the state learned the victim/911 caller refused to testify. The defense subsequently objected to the admission of the call or the transcript of it, arguing that without corroboration of the witness on the stand, the call amounted to hearsay.

In general, hearsay refers to testimony or evidence presented in which the witness lacks direct knowledge of the facts asserted, but rather knows it only because someone else said it. In criminal cases, such evidence usually isn’t allowed, on the grounds that it deprives the accused of the right to challenge the accusers.

However, there are exceptions. In this state, exceptions to the hearsay rule are codified in Florida Statute 90.803. These range from records of vital statistics to spontaneous statements.

Here, prosecutors argued the “excited utterance” exception. This is a statement or excited utterance that relates to a startling event made while the person was under stress or excitement caused by the event.

Prosecutors had the records custodian verify and authenticate a printed transcript of the call, but the witness was never brought to testify. The trial court allowed it, over defense objections.

Upon appeal, the First District held this decision was improper because prosecutors failed to meet the standard necessary for establishing the excited utterance exception to hearsay, as laid out in the 2000 decision in Stoll v. State. Called the “Stoll test,” in order for the court to grant an exception based on excited utterance, it must be shown there was an event startling enough to cause nervous excitement and that the statement was made under the stress of that event before the declarant has any time to reflect or contrive.

In this case, the state failed this burden of proof. There was no evidence presented that showed the 911 statements were made while under the emotional stress of the incident, or whether the caller had time to reflect before making the call. Additionally, the state didn’t even establish the identity of the person who made the call.

As the error wasn’t harmless, the conviction was reversed and the case remanded for a new trial.