The Florida Supreme Court has sided with state prosecutors over a criminal defendant in a due process dispute that created conflict between Florida appellate courts. 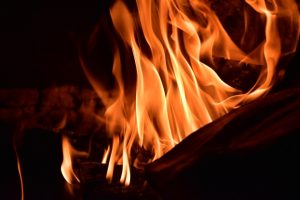 In the case of Patterson v. Florida, the state high court sided with the 1st District Court of Appeals, which found no due process violation in a case where testimony was admitted from state experts who physically examined evidence prior to its destruction, where a defense expert didn’t have the same opportunity. The 1st DCA had ruled it was only a due process violation if the destruction of evidence happened in bad faith. However, the 4th DCA, when faced with the same issue in Lancaster v. State, a 1984 case, the court had ruled that where destroyed evidence was potentially useful to the defense, this is a due process violation, regardless of whether the destruction was in bad faith.

The state high court in reaching this conclusion relied on the 1988 U.S. Supreme Court case of Arizona v. Youngblood, which held the state’s loss or destruction of evidence that’s potentially useful to the defense violates due process only when done in bad faith. In the Patterson case, the court ruled there was no due process violation because there was no evidence of bad faith.  END_OF_DOCUMENT_TOKEN_TO_BE_REPLACED