A tow truck driver in Ocala was arrested recently in connection with a January crash that claimed the lives of three people – a 61-year-old former congressional candidate, his wife and adult son. Investigators with the Florida Highway Patrol have alleged the truck was under the influence of drugs. He has been charged with three counts each of DUI manslaughter and vehicular homicide. 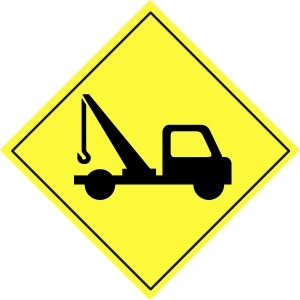 As most commercial drivers know, the standards they must abide are even more stringent than those faced by other drivers.

For instance, while F.S. 316.193 states a driver may be in violation of the per se bodily-alcohol concentration anytime it meets or exceeds 0.08, commercial drivers can face a number of administrative (and employment) consequences for driving with a BAC of 0.04 or higher.

When it comes to drugs, the Federal Motor Carrier Safety Administration outlines and oversees the drug and alcohol rules for commercial drivers. Congress in 1991 passed the Omnibus Transportation Employee Testing Act, which requires DOT agencies to implement drug and alcohol testing plans for transportation workers whose positions are safety-sensitive (including truck drivers, bus drivers and anyone whose job requires a commercial driver’s license).

The FMCSA even disallows drivers taking certain medications legally from driving. A driver will be deemed medically unqualified if he or she uses a drug as identified in 21 CFR 1308.11, or any other substance, such as amphetamine, a narcotic,  any habit-forming drug and any anti-seizure medication. A driver is further barred from taking any controlled substance or prescription medication without a prescription from a licensed practitioner. There can be exceptions, however, if the prescribing doctor is willing to say the driver is safe to be a commercial driver while taking the medication.

As far as penalties for violation of these provisions, that would mostly be administrative, at least as far as the employer and the FMCSA. It could include suspension or revocation of one’s commercial license or job. Commercial drivers convicted of driving a commercial motor vehicle under the influence are disqualified from driving any commercial motor vehicle for at least one year, and they will not be eligible for a hardship license. The driver will have to wait until that disqualification expires, and then pay a reinstatement fee to restore the commercial driver’s license. If one was transporting hazardous materials at the time of the alleged offense, the disqualification is for at least three years.

In fatal truck crashes where a commercial driver is accused of driving under the influence of alcohol or drugs, the bigger problem is going to be defending against serious felony charges. A single DUI manslaughter charge carries a minimum maximum penalty of four years. It’s a second-degree felony, and thus carries up to 15 years in prison – per count.

The tow truck driver himself was in serious condition, though he is expected to recover physically.

In addition to the DUI manslaughter and vehicular homicide charges, he faces four counts of DUI property damage and a single count of careless driving, as well as a citation for failure to wear a seat belt.