One of the smartest things a person can do if stopped by a police officer is decline consent to a search – be it of your vehicle, your home or your persons. 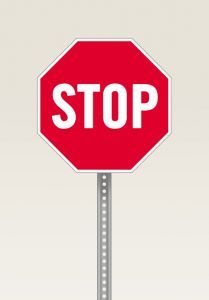 It may not prevent the search from taking place. It may not even prevent your arrest. But clearly refusing a search will provide your Fort Lauderdale defense attorney with grounds upon which to request a suppression of evidence. If evidence is suppressed, it can’t be used against you and you have a better chance of seeing the charges dismissed or significantly reduced.

Relevant grounds for suppression would be if the officer failed to follow lawful procedure in conducting the search after consent was refused. However, if you consent to the search – as police will no doubt pressure you to do – all bets are off. By consenting to a search, you effectively waive your right to fight it later.

Officers on the scene will no doubt try to persuade you that consent is best. They may say perhaps that “coming clean now” could help your case. Do not buy this. The only case it will help is the one against you. What’s more, even if a refusal to consent heightens an officer’s suspicions, it is your constitutional right and your exercise of it cannot be used against you in court.

A perfect example of this happened recently in Texas, where a man had recently been convicted for being a felon in possession of a firearm.

However, the conviction in United States v. Guzman was vacated early this month by the U.S. Court of Appeals for the Fifth Circuit on the grounds that the lower court had refused to make a factual finding regarding the traffic stop that could have had a definitive outcome on the suppression hearing.

Here’s what we know of the Guzman case:

In the spring of 2010, officers in Dallas went to a home in their district to investigate a tip that methamphetamine was being sold there. Upon the officers’ arrival, they found defendant Guzman in the driver’s seat of a vehicle that was parked in the driveway. Guzman exited the car when he saw the officers approach.

Officers would later describe him as “very cooperative.” The officers would contend that Guzman provided consent to search the vehicle, offering to them that there were no drugs in the vehicle, but there was a firearm. Officers found a firearm, but no drugs. Officers then ran Guzman’s prior criminal history, and found he had eight felony convictions. As such, he was barred from being in possession of a firearm.

The defendant pleaded not guilty to a federal charge of being a felon in possession of a firearm.

Prior to the trial, prosecutors filed notice that they intended to introduce evidence regarding the defendant’s own admission to knowingly possessing a firearm and also the gun found during the search.

The defendant, however, moved to suppress both the seized firearm and any statements arising from the search of his vehicle, arguing that he had not given consent.

The prosecution contended that the defendant gave voluntary verbal consent and that, even if he hadn’t, the automobile exception in the Fourth Amendment’s warrant requirement would be applicable, making the search valid. This exception, established in 1925 via Carroll v. U.S., allows an officer to search a motor vehicle without a warrant if he or she has probable cause to believe there is evidence of a crime or contraband located in the vehicle.

In this case, prosecutors argued that Guzman’s statements to officers, that he had a firearm and had recently been released from prison, established probable cause for the search.

In a recorded interview that took place after the search, Guzman is quoted as telling the officer, “Once you say, ‘I’m going to search the car,’ but there is no drugs in the car…” That statement would appear to imply that the officer announced to the defendant that he would be searching the vehicle, rather than requesting permission to do so.

At a suppression hearing, a prosecutor asked one of the officers what would have happened had the defendant refused consent. The officer responded, “If he just flat out said no, he would have been free to go. But if he had said no, but there was a gun in the car, I still would have searched the car.”

The trial court ultimately denied the suppression request, finding that the search had been based on valid consent and, even if it wasn’t, the search was covered under the automobile exception. The court also noted that, at worst, the officers had “resorted to trickery” by telling him they were going to search the car, rather than asking him. This prompted the defendant to offer up the information about the firearm, thereby establishing probable cause for the officers to actually conduct the search. “Trickery,” the court indicated, is allowable by officers.

The defendant was found guilty and sentenced to 17 years in prison.

But that conviction has been vacated by the appellate court.

According to the appellate panel, the automobile exception holds that search of an automobile without a warrant or consent is only justified with probable cause and in situations wherein a warranted search is impractical.

There was no evidence here that obtaining a warrant would have been impractical.

Further, the district court had refused to decide the factual question of whether the consent was voluntary in the face of misrepresentation by the officer. If “trickery” was indeed used, it becomes a factor in the issue of consent.

If you are a felon arrested in Fort Lauderdale for possession of a firearm, contact Criminal Defense Attorney Richard Ansara at (954) 761-4011. The Ansara Law Firm serves Broward, Dade and Palm Beach counties.