For a long time, the stigma of prostitution primarily stung those arrested for selling their bodies. However, there is a growing awareness that in many of those cases, those individuals may not have had a choice in the matter. 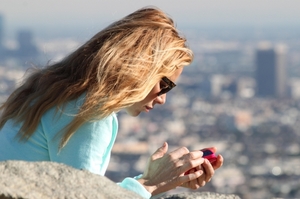 Because of this, and the fact that a prostitution conviction can have a negative effect on so many aspects of one’s future and opportunities, the state of Florida, among others, offers an avenue of relief for some. It’s a little-known remedy known as a “vacatur of conviction.” Essentially, it allows victims of human trafficking to have their convictions vacated entirely.

It’s different from having one’s record expunged or pardoned.

An experienced prostitution defense attorney can help individuals determine whether they may qualify, and the necessary process to follow. We also may be able to help some clients avoid a criminal conviction in the first place, instead helping to get our clients the assistance and social services they need to heal and build a good life.

A recent story on NPR detailed the little-known existence of vacatur laws, which exist in 20 states now, including Florida. The story starts with the description of a large tattoo on a young woman’s arm. It’s a dark purple flower, but it masks an older mark: The name of her former pimp. The earlier tattoo was in effect a branding, indicating she was “property.”

The woman said she was forced into prostitution as a teenager, and for years suffered harsh treatment, rapes and beatings, both by pimps and customers. She was also arrested several times during that period, and received several convictions.

Though she was able to eventually escape the life, those convictions loomed large over every new opportunity. There was always a need to explain herself, she said.

Recently, the woman had her convictions wiped clean through the process of vacatur in Maryland. Although some states have had vacatur laws on the books for decades, they were rarely used until human trafficking became more recognized as a violation of human rights. Women’s rights advocates note criminalization of these actions was another tool often afforded to pimps, who sometimes use those convictions to drive home the point victims have nowhere else to go, no other opportunities. A successful vacatur of conviction erases that power.

New York was the first state to enact legislation that specifically provided victims of human trafficking the ability to seek vacatur of convictions for related criminal activity. The state passed a measure five years ago, giving victims the right to file a motion for vacatur. If a judge vacates an earlier conviction, it is considered legally null and void, just as if it had been overruled by a higher court.

In most other states, vacatur of convictions hasn’t been as clearly interpreted by state courts. Florida is one of the exceptions, as there is a specific statute and it is broad and directly states a vacatur should be provided in cases where a conviction was for an offense committed while individual was a victim of human trafficking. Because of this broad language, defendants may actually seek vacatur for crimes outside of just prostitution, so long as they were committed while he or she was under the control of another in the context of human trafficking.

Victims of human trafficking should seek legal counsel as soon as possible, because there may be a time limitation within which this remedy can be sought. Most laws indicate the request must be filed within a reasonable amount of time after conviction. There are six states – Florida not included – that allow for a vacatur in these cases at any time.