Florida’s penalties for drug traffickers are harsh. With few exceptions, penalties imposed for homicide are much harsher. But increasingly, when drug users die, their dealers are being charged with their murder – thanks to a 2017 Florida law passed unanimously by the state legislature. 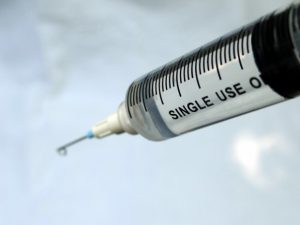 For example last year, a 26-year-old father reportedly died one month after moving from Ohio to Florida, where his girlfriend and son were slated to join him weeks later. The medical examiner reported finding a form of opioid fentanyl in his system, at which point his death investigation became a homicide investigation. Several neighbors were interviewed, after which police identified the suspected dealer of the drugs in the decedent’s system. They arranged two undercover buys, after which time he was arrested for selling drugs near a school – a felony. The investigation continued, and the suspect was charged with first-degree murder in the death of the man who had overdosed.

It’s not that defendants in Florida couldn’t be charged with homicide for dealing drugs that someone later died of on overdose after using. Technically, that law has been on the books since the early 1980s, when the War on Drugs was raging. However, it was rarely used in practice, individuals were rarely convicted and it wasn’t until 2017 that fentanyl was added to the list. Now, our Fort Lauderdale criminal defense lawyers have noted an uptick in these types of criminal case. Those facing first-degree homicide charges in Florida overdose cases can, themselves, face the death penalty.

At this time, we aren’t aware of any cases in which those arrested for fentanyl trafficking are facing the death penalty, but most of the pending cases around the state involve this drug.

Prosecutors argue they need to be tough in these case to effectively combat the opioid epidemic. Of course, as we saw in the 1980s and 1990s, waging a “War on Drugs” with criminal penalties rarely has the intended impact (harsh sentences don’t deter drug crimes), and the fabric of entire communities is decimated in the process. Further, it may increase the number of fatal overdoses because people will be discouraged from seeking emergency medical treatment for themselves or others. This was exactly what was discovered in a recent study published in the journal Public Health Reports.

A number of legal experts have noted that these cases lack the intent required for a first-degree murder conviction. They opine a constitutional legal challenge should be mounted, surmising these charges would not withstand legal scrutiny.

It’s not a popular idea among voters either – only one-third support the death penalty for drug dealers, according to Rasmussen Reports. This is even as law enforcement views it as a “necessary tool.”

Mandatory minimum sentencing – whether it’s with drug statutes or DUI laws – can fairly be referred to as draconian.

Simple possession of fentanyl carries minimum mandatory penalties – up to 4 years for possession of 14 grams, 15 years for 14 to 28 grams and 24 years if you possess more than 28 grams. There is no specification for drugs that contain fentanyl versus those that are pure fentanyl – meaning there is the potential to ensnare those addicted to it as well. That will not be effective in addressing the problem of addiction policymakers want to tackle.

These are discussions that will likely play out both in the halls of Congress as well as the courtrooms. In the meantime, if you are charged with a drug trafficking crime in Fort Lauderdale, it’s imperative to contact a qualified criminal defense attorney who understands the potential severity of these cases and can help ensure your rights and best interests are protected.

Florida in Debate Over Murder Charges for Drug Dealers Whose Buyers Die, July 29, 2019, By Claire Goforth, The Juvenile Justice Exchange