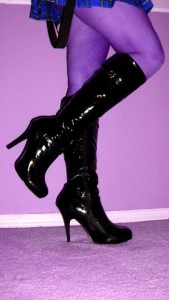 According to news outlets, the friendship had soured over “dating issues.”

The alleged victim went to police at the beginning of the month after she discovered a number of topless photographs of herself posted without her consent on several social media platforms, including Facebook and Snapchat. Soon after this discovery, a message was left on her voicemail indicating there were “a million more like this” that had already been distributed publicly.

The images were additionally being posted publicly to certain websites and were even being forwarded directly to members of the victim’s family and others she knew via email.

For two weeks, authorities followed the electronic trail of evidence in order to prosecute what they say might otherwise have been a tough case.

It is codified in F.S. 784.049, and is otherwise known as sexual cyber-harassment. The law makes it a misdemeanor crime, punishable by up to one year in jail, to transmit nude images or videos with identifying information of the person depicted without that person’s consent.

Although the first offense is a misdemeanor, repeat offenders may be charged with a third-degree felony, punishable by up to five years in prison.

Illinois, meanwhile, has been upheld by victims’ advocates as the “model state.” There, the law includes “selfies” that are sexually explicit and further disregards whatever intention the transmitter had in sending the photos. Plus, defendants there face a lifetime as a convicted felon – and all the difficulties that go along with that.

These cases can still be somewhat challenging to prosecute. That’s why some police departments have enrolled detectives in special digital forensics training and purchased expensive tracking equipment.

Still, there is no provision in either the Illinois or the Florida statute that specifies what the role and gender of the defendant or victim must be in order for the law to apply. It does not require that there have been a prior romantic relationship.

She posted explicit images of a lifelong friend, March 18, 2016, By Samantha Allen, The Daily Beast