A man in Delray Beach is charged with trafficking some $2,000 worth of acid to an undercover informant in Boca Raton, according to The Sun-Sentinel. 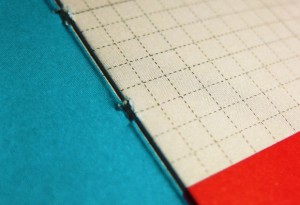 The confidential informant reportedly revealed to authorities that Hoyman was trying to sell a 100-dose “sheet” for $650 in January. The informant, by that time working closely with detectives, purchased the sheet and then turned the drugs immediately over to police. There were two more reported undercover buys in February and March.

In total, the informant reportedly purchased nearly $2,000 worth of LSD to authorities.

But the amount for which the drugs sold may not be as troubling in the case as what was allegedly found in Hoyman’s vehicle. Detectives set up a sting operation in mid-March at a certain location and when Hoyman got out of the car, police arrested him.

Authorities say when they searched his vehicle at the time of arrest, there was a backpack inside that contained 3.7 grams of LSD (and also 126 grams of marijuana).

Charges for trafficking in LSD are not based on the amount the suspect reportedly profited from those sales, but rather by the weight of the drug.

So let’s say the LSD had never been found in Hoyman’s backpack. The typical dose or “hit” of LSD, according to numerous sources, is somewhere between 20 micrograms and 150 micrograms. There are 1 million micrograms in a gram. So at this rate, one would have to sell 6,666 doses to equal just 1 gram.

In this case, we know Hoyman allegedly sold 100 hits for $650, which is $6.50 per hits. So a total of $2,000 in sales would be about three sheets (equaling 100 doses each). This would be about 45,000 micrograms of the drug – nowhere near enough to reach even a gram. Of course, this would depend on how powerful those doses are.

However, then police reportedly found 3.7 grams of the drug in his car.

F.S. 893.135 outlines the guidelines and penalties for drug trafficking, including mandatory sentences and suspension or reduction of sentences. The statutes states that anyone who knowingly sells, purchases manufactures, delivers, brings into the state or “is knowingly in actual or constructive possession of 1 gram or more of LSD commits a 1st degree felony. That means it is punishable by up to 30 years in prison.

Any person who knowingly manufactures the drug in the state faces a capital felony – with a life sentence.

The State of Florida takes these offenses very seriously, which is why it is imperative for anyone charged to seek immediate legal counsel from an experienced Palm Beach criminal defense lawyer.