A Florida woman who allegedly rode her horse slowly down a busy highway while intoxicated was arrested for DUI recently. Although Florida is practically infamous for it’s bizarre news, even this seemed a bit over-the-top. Plus, it raises a number of questions about the scenarios in which F.S. 316.193, Florida’s drunk driving law, can be applied. 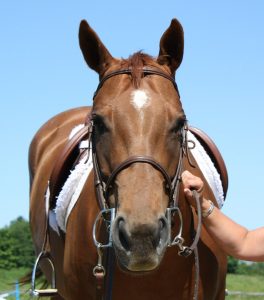 The law allows penalties for those who “are driving or in actual physical control of a vehicle within the state” and are also either under the influence of alcohol to the extent his or her normal faculties are impaired OR the individual has a blood-alcohol concentration that exceeds 0.08 or more grams of alcohol per 100 milliliters of blood. But is a horse a vehicle? What about a motorized wheelchair or shopping cart or lawn mower or bicycle?

Florida residents have been arrested for DUI for operation of each of these scenarios. And while there is legal precedent that could support a conviction, our experienced Fort Lauderdale DUI defense attorneys recognize there may be ample opportunity to fight for either a reduction of charges, if not an outright dismissal, in these non-conventional DUI arrests.

In the most recent case, as reported by The Washington Post, the horse-riding DUI incident occurred in Polk County, where a 53-year-old woman is accused of riding her horse for a 15-mile stretch along a highway in Polk City while her blood alcohol was at twice the state’s legal limit. She was charged with animal neglect for placing the animal in danger. As for the DUI charge, authorities say the horse, which was equipped with saddle and bridle, does constitute as a “vehicle” when it is operated as a mode of transportation along a public road.

There is some variation among states’ views on this. For example, in Montana, horseback riders are specifically excluded from the DUI law, which stipulates the criteria for defining a “vehicle” doesn’t include devices that are moved by animal power.

Some DUI attorneys have speculated this horseback riding charge in Florida won’t stick because those riding animals on roadway shoulders technically should be considered pedestrians – and pedestrians aren’t subject to the same high standards as those operating automobiles. A more appropriate charge, some opine, might be disorderly conduct.

However as we mentioned earlier, Florida authorities have translated “vehicle” to mean many different things.

For instance, it was only a few weeks ago Fox 13 in Port St. Lucie reported a man there was arrested while riding on his motorized lawn mower. Authorities reported the 56-year-old was not attempting to cut his grass, but was rather operating the lawn mower erratically on U.S. Highway 1, a case of beer tucked onto the side compartment. His blood-alcohol concentration was reportedly three times the legal limit.

In 2015, USA Today reported a Tampa man was arrested for DUI after authorities say he was obstructing traffic on a bridge while on his motorized wheelchair. Police arrived and concluded he was impaired by alcohol. He was charged with felony DUI, as that was his third DUI arrest in as many years.

Two years before that, a man was arrested for allegedly drunkenly operating a shopping cart through a store while grabbing drinks off the shelf and consuming them on the spot. However, instead of DUI, he was charged with disorderly conduct and retail theft – most likely because he was not on a road.

Although these cases aren’t your run-of-the-mill Florida DUI, they do raise some interesting legal questions. Our DUI defense attorneys in Fort Lauderdale are committed to vigorously defending the rights of each of our valued clients.

A Florida woman rode her horse on a highway drunk, police say. She was charged with a DUI, Nov. 4, 2017, By Marwa Eltagouri, The Washington Post