So often when we talk about domestic violence in the criminal sense, we picture a man lashing out at a woman with whom he’s romantically involved. 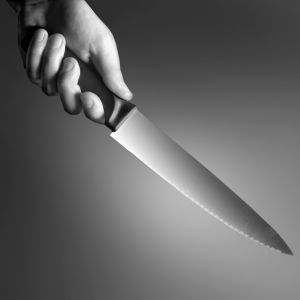 But our Fort Lauderdale criminal defense lawyers know that under the actual definition of the law, there are many other scenarios that qualify.

Such was the incident between a brother and sister who quarreled over the boy’s annoyance of his older sister.

According to the Sun Sentinel, the 18-year-old sister was watching a movie with her cousin. Her brother charged into the room with a laundry basket on his head, in a clear attempt to annoy the two women. When the sister yelled at him to leave the room, the 12-year-old boy refused.

This is where the argument escalated.

At that point, an older brother stepped in, grabbed the boy and dragged him to a bedroom, locking the door behind them.

However, the sister then kicked the door in. The boy grabbed a machete that was in the room in an effort to defend himself. It’s unclear whether the woman sustained any injuries as a result.

At that point, someone in the house contacted police.

Investigators at the scene took the knife and machete as evidence and photographed the damage to the door, as well as the welts and bruises that were forming on the boy’s body.

The woman later told police that she had only grabbed the knife in an effort to defend herself. She was nonetheless booked on charges of aggravated assault and child abuse.

These are two very serious charges, and whether this woman is convicted will depend a great deal on a number of factors, including:

–The statements made by witnesses about who was the aggressor in the situation;
–How the two involved parties’ statements conflict with the witness statements;
–The extend of the injuries to each party;
–The size of the two individuals involved;
–Is the boy’s statement consistent with the one he gave at the time of arrest.

Each of these will be weighed by the defense attorney to determine the best course of action.

What may not help this woman’s case is that she was arrested in 2008 for aggravated assault. It’s not clear, however, whether she was convicted.

Aggravated battery, as defined in Florida Statute 784.045 is when a person knowingly or intentionally causes great bodily harm or permanent disability or disfigurement or uses a deadly weapon. This is a second-degree felony, which is punishable by a maximum of 15 years in prison.

Child abuse is an equally serious offense, as defined in Florida Statute 827.03. It is essentially defined as the intentional infliction of physical or mental injury upon a child. It can be charged as either a second or third degree felony, depending on the extend of the child’s injuries and the intention of the alleged aggressor. As a third-degree felony, it would be punishable by a maximum of five years in prison.

The court may also take into consideration the age of the parties involved. Although the aggressor is technically an adult, she is not a great deal older than the alleged victim. There is no legal provision for this, but it is something the court may weigh.