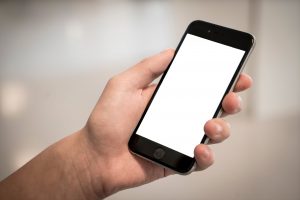 When police demanded she stopped filming, she refused. Although it was undisputed that she never tried to physically obstruct or in any way impede the officers’ detention of her son, she was arrested on charges of intercepting oral communications and obstruction without violence – both misdemeanors. The officers argued she had invaded their privacy, justifying the charges. The State Attorney’s Office, however, declined to pursue the charges ages ago. The ruling in this case stems from a civil lawsuit she later filed against the department.

Her attorney was quoted by the Sun-Sentinel as saying she had every right to record the public detention of her son, and that police had no right to arrest her for her refusal to stop recording or for obstruction, particularly given she never attempted to physically obstruct them. Numerous First Amendment and civil rights organizations have praised the new ruling (though the decision focused not on First Amendment rights, but rather on the officers’ expectations of privacy).

Obstruction is a fairly broad charge that can accompany many different scenarios. Florida Statute Chapter 843 details the numerous different obstruction of justice charges. They range from resisting an officer with actual violence to refusal to aid peace officers to false personation to aiding someone else’s escape to failure to appear on bail to depriving a victim of medical care to harassing a neighborhood watch member. (That’s not an exhaustive list.)

The particular statute under which the subject of this case was arrested was F.S. 843.02, resisting an officer without violence to his or her person. The statute indicates that one can be arrested when they “resist, obstruct or oppose any officer… in the execution of legal process or in the lawful execution of any duty, without offering or doing violence to the officer’s person…” It’s a first-degree misdemeanor, punishable by up to one year in jail. The statute can be interpreted very broadly, and it’s a common charge to see in South Florida criminal cases.

Having an experienced misdemeanor criminal defense lawyer will fight to ensure your rights are protected and that you don’t face unfair charges.

What is Intercepting Oral Communications?

F.S. 943.03 is part of the Florida Security of Communications Act, which makes it illegal to record or tap into certain types of private communication without the proper permission. It’s meant to protect the privacy of innocent persons and also to stymie organized criminal activity that makes extensive use of wire and oral communications.

The laws were written years ago, but they’ve been increasingly used in cases involving individuals using their cell phones to film officers in public in the course of their public duties. As this most recent ruling establishes, however, officers in this position have no reasonable expectation of privacy, and thus no crime is committed.

The judge writing for the majority in the Ford case wrote the subject should never have been arrested. “Society,” she wrote, “has definitively come down on the side of approving the videoing of officers in the performance of their duties as a method of accountability.”