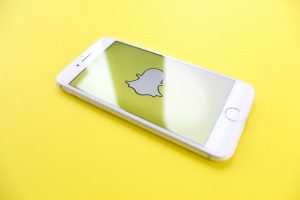 But I’m a Teenager – Doesn’t That Mean Juvenile Detention – at Worst?

As our Fort Lauderdale juvenile defense attorneys can explain, just because you are a juvenile does not mean you will be prosecuted as a juvenile. Prosecutors have the authority under state law to “direct file” teens as adults if they are 14-15 and commit a list of 21 specific felonies – or if they’re 16-17 for any felony at all.

Florida is one of 15 states to give this kind of total discretion to the prosecutors, and they are not known for a light-handed approach. In fact, nearly 60 percent of the cases for which teens were prosecuted as adults were non-violent felonies. In a case that involves an act or threat of violence, you should not expect that a prosecutor will be inclined to refer your case to the juvenile justice system when they have the authority to direct file.

It’s estimated an average of 2,420 teens annually were prosecuted as adults in Florida in a recent five-year period. Even as overall violent crime rates have dropped, direct file cases have remained fairly steady.

The difference between juvenile court and adult court is huge, because the former is geared toward rehabilitation while the latter emphasizes punishment. Juvenile court records may also be sealed automatically after a certain point, while adult records will not.

Too many teens presume that because it’s “only online” or they’re “only a teenager,” that such actions won’t have a substantial impact on the rest of their lives. That is false. It is imperative for parents of children and teens facing serious charges for online offenses to seek immediate legal counsel. It may be possible to negotiate with prosecutors before they decide to direct-file, but only if you act swiftly and with the assistance of an experienced Fort Lauderdale criminal defense lawyer. Even if that is not a possibility, serious allegations require a strong defense.

An illicit Snapchat video was shared by Keys students. It led to the arrest of 3 teens, Sept. 15, 2021, By Gwen Filosa, The Miami Herald