Defendants can face theft and dealing in stolen property charges in connection with the same incident. However, Florida Statute 812.025 only allow defendants to be convicted of one of those two charges, when the alleged offenses are committed in connection with a single scheme or course of conduct. 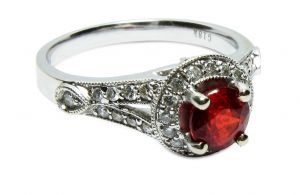 However, appellate courts have continued to grapple with this issue, despite the Florida Supreme Court’s resolution in August last year with rulings in Williams v. State, Blackmon v. State and new proposed jury instructions in these cases.

In Williams, a defendant was charged with both theft and dealing in stolen property, and defense counsel requested special instructions indicating to the jury he could not be convicted of both. The court denied the request, the jury convicted on both counts, and the court subsequently dismissed one of the charges. A similar scenario arose in Blackmon. The Florida Supreme Court ruled the lower courts erred in failing to give a special jury instruction. The court further issued a standard special instruction in these cases, asking jurors to determine whether defendant is “more of a common thief or more of a trafficker,” based on defendant’s intent and use of the property after it was stolen.

Here, defendant was charged in 2009 in Collier County with one count of grand theft (a third-degree felony) and one count of dealing in stolen property (a second-degree felony). The theft involved a $2,500 Tiffany & Co. ring stolen in the middle of the day. She then allegedly pedaled her bicycle to a pawnshop and immediately resold it for $400.

Defendant pleaded no contest to both counts, though her attorney did not argue at that hearing that she could not be found guilty of both offenses. The trial court went on to adjudicate her guilty of both offenses and sentenced her to concurrent one-year jail terms, plus six years of probation (six for the dealing in stolen property and four years for the probation, each to run concurrently).

Defendant appealed the court’s adjudication of guilt on both charges, citing Florida Statute 812.025. Florida’s Second District Court of Appeal reversed, holding the trial court erred. Defendant sought for the case to be remanded to trial court with orders to vacate one of those convictions based on whether it considered her a “common thief” or “trafficker in stolen property.”

The state asked the district court to vacate the grand theft conviction, which was the lesser of the two.

Appellate court sided with the state, remanding the case to the trial court with directions to vacate the lesser offense.

Upon appeal to the Florida Supreme Court, the question was whether a violation of Florida Statute 812.025 demands a remand to trial court for a decision on which charge to vacate or whether it means the court should automatically vacate the lesser of the two charges.

The high court ruled the former is the proper remedy. If the appellate court were simply to vacate the lesser charge, it would strip defendant of the benefit of determining whether he or she acted as a common thief, rather than a trafficker in stolen property.