One of the most valuable tools a Florida criminal defense lawyer can employ is the motion to suppress. If for any reason the evidence presented by the state was gathered improperly or is unreasonably prejudicial without being probative, a judge may grant a motion to suppress that evidence. What that means is prosecutors can’t use it against you. 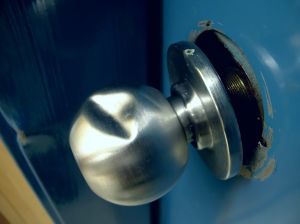 In some situations, that will bolster a defendant’s credibility/chances of success. It gives defense lawyers more leverage to negotiate a lesser penalty in a plea bargain. It may result in one of several charges being dropped. It could even mean the state lacks sufficient grounds to move forward with the case in its entirety.

In the recent case of Brown v. Florida, Florida’s Third District Court of Appeal ruled an erroneous denial of defense motion to suppress required reversal of a robbery conviction and life sentence and a remand of the case for another trial.

Absent evidence seized by officers during an illegal search of the suspect’s home, it’s unclear whether prosecutors will have enough evidence to bring the case to trial again.

Our Fort Lauderdale robbery defense lawyers know this means a man who was sentenced to life in prison could be set free without further issue.

Here’s what happened, according to court records:

A jewelery store in Key West was robbed by two masked men. Witnesses reported one was wearing a beanie hat and blue gloves, and another used a heavy object to break into several glass cases containing jewelry. The men then drove away in a red car.

Around this same time, the suspect’s former girlfriend reported her white vehicle stolen by defendant. An officer responded to that call, but soon ended his investigation when the ex-girlfriend called back to say the car wasn’t really stolen and she didn’t want to press any charges. This information was relayed to other officers on duty.

Despite this knowledge, two officers responded to suspect’s home on the suspicion that the stolen car and robbery might be related. However, this was merely a hunch. Both officers would later concede they had no articulable reason or probable cause to suspect defendant was involved in the robbery. They also knew by the time they got to the house the car was no longer reported stolen.

At the entrance to defendant’s home were two fences, one four-feet tall and the other, just behind it, six feet tall, blocking off the side yard of the residence. In order to get to the front door, officers had to walk through both gates, both of which were unlocked and the first slightly ajar. They did so despite numerous “No Trespassing” signs on the property. officers knocked on the front door, and while talking with other residents, noticed gloves laying on the table outside by the front door.

The police then noticed defendant enter the residence through a side window of the home. Defendant immediately ordered officers off his property. When they walked back around to the front, the gloves were missing from the table out front. At this time, one officer noticed a hammer lodged between the fence and table. The hammer was seized as evidence, even though officers had no search warrant, though it was later found not to be connected to the robbery anyway.

Hours later, a search warrant was secured and other evidence obtained inside did link defendant to the robbery. Brown moved to suppress all evidence gathered at his home, arguing the officers entered the curtilage of his home (or land surrounding) without probable cause.

The trial judge denied that motion, arguing officers entered the curtilage of the residence as part of a lawful investigation carried out in good faith pending a car theft, and that the hammer and gloves were in plain view. The warrant was based on those observations, and thus, the judge ruled, was valid.

Following his conviction, defendant appealed, arguing he had an actual expectation of privacy in his yard and that officers entered that space without probable cause or any other applicable exception to the warrant requirement.

The state countered the officers entered as part of a legal “knock and talk” and that the items seized were in plain view.

In reaching its conclusion, the court cited the 2013 case of Florida v. Jardines and the 1987 case of U.S. v. Dunn, finding the curtilage of a home is protected as part of one’s residence under the Fourth Amendment. In that case, defendant had a reasonable expectation of privacy in his yard, due to the fact his yard was not visible from the street (blocked by two fences) and there were numerous “No Trespassing” signs.

Although the court has found in other cases that officers can approach a front door in the same way a salesman would to conduct business, the court found no reasonable person would go through both gates and pass several “No Trespassing” signs to do it.

What’s more, the officers didn’t act in good faith because they knew the report of the stolen car was no longer valid, and plus, it didn’t match the description of the red getaway car anyway.

Thus, the entry was invalid, the search warrant was invalid and a motion to suppress all evidence gathered in the home thereafter should have been granted.