The Florida Supreme Court has determined that a police search of cell phone content without a warrant is unconstitutional. 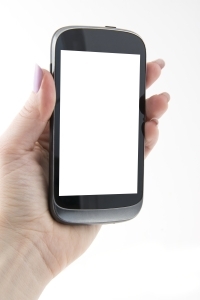 The case of Smallwood v. Florida establishes an important precedent in Florida that our Fort Lauderdale criminal defense lawyers hope will ensure greater constitutional and privacy protections for the accused.

Although prosecutors attempted to argue cell phones searched in the course of a valid arrest were no different than any other item found on a person (citing the 1973 U.S. Supreme Court case of U.S. v. Robinson), the state high court rejected this theory.

The Robinson case was one in which an officer conducting a search of an arrestee and found a crumpled cigarette box in his front pocket. The contents revealed a small packet of heroin. The court later determined a warrant isn’t necessary to search the possessions of an arrestee.

However, that same logic doesn’t apply to modern-day cell phones, the justices reasoned.

“The most private and secret personal information and data is contained in or accessed through small portable electronic devices and, indeed, many people now store documents on their equipment that, 20 years ago, were stored and located only in home offices, safes or on home computers,” the majority wrote.

In Smallwood, justices were asked to weigh the constitutionality of a cell phone search conducted without a warrant on the phone of a man arrested in connection with an armed robbery.

According to court records, the robbery occurred at a convenience store in Jacksonville in 2008. The robber wore a mask that covered both his nose and mouth, brandished a gun and demanded money. He fled with more than $15,000. The clerk called 911, and identified the robber as a regular customer, who was later arrested.

At the time of the arrest, the officer inn the case seized the defendant’s cell phone. At the time, nothing in the arrest report mentioned the phone or its data. However, as the trial date neared, the officer told the prosecutor that there were five digital images that appeared relevant to the robbery. They included photos of a handgun, expensive jewelry purchased days after the robbery and various fans and bundles of cash.

Prosecutor obtained a search warrant for the phone, and revealed the existence of the photos to the defense. The defense objected to admission of the photos on the grounds that the prosecutor’s search warrant didn’t cure the illegality of the search a year earlier. He argued the accused had a reasonable expectation of privacy with regard to the data stored in his cell phone, and contended the search-incident-to-arrest exception to the requirement for a warrant didn’t apply.

The trial court denied the motion to suppress, and the defendant was ultimately convicted and sentenced to 25 years in prison.

The conviction was appealed to Florida’s Fifth District Court of Appeals, which in turn certified the question of constitutionality of warrantless cell phone searches to the state’s highest court, noting it to be a matter of great public importance.

The court rejected the notion that the electronic devices of today were comparable to much of anything that existed in the early 1970s, when the Robinson case was decided. The majority pointed to not only the quantity of information stored, but the quality of it.

Thus, they determined, police much obtain a search warrant before flipping through your phone following an arrest. Otherwise, that evidence will not be admissible in court.