As a Broward defense lawyer with a heavy focus on domestic violence cases, pushing back against Florida temporary injunctions is a regular part of our wheelhouse. 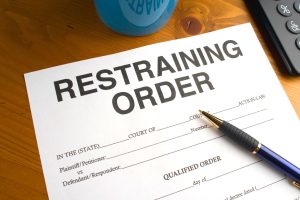 It often comes as a surprise to clients that in the Sunshine state, temporary injunctions for protection (also commonly known as “restraining orders”) can be pursued – and obtained – solely based on the unilateral accusations of the person seeking one. That means the claims are one-sided, and one can be entered against you before you even have your day in court. In fact, the court has 15 days to set a hearing where your side will be taken into account. Before that deadline, there is no requirement that you be apprised of the allegations against you or that you be given the right to cross-examine any witnesses about what happened. In some cases, courts may even extend a temporary injunction beyond those 15 days for “good reason.”

Because of the severity of these consequences – now and well into the future – it is imperative that anyone fighting a Florida temporary injunction hire a criminal defense lawyer with extensive experience specifically in the area of domestic violence law.

As our Broward domestic violence defense lawyers can explain, the burden of proof for temporary injunctions in Florida is much lower than what is required to establish guilt in a criminal case.

Whereas criminal convictions require proof beyond a reasonable doubt, temporary injunctions are issued ex parte. Basically, this means that the judge need only consider the information provided by one side – the petitioner.

Upon grant of a temporary injunction, a hearing will be set at which both the petitioner and respondent will be given the opportunity to present their side. As the respondent, you absolutely want to be there and have an attorney by your side to help present your side of the story. Based on whatever evidence is submitted at that hearing, the judge may (or may not) decide to issue a final judgment of injunction against domestic violence (with or without minor children – there are separate provisions for each). If either the petitioner or respondent doesn’t show up at that hearing, the temporary injunction may be continued, extended, dismissed, or additional orders may be granted – including permanent injunction with the imposition of court costs, etc.

But What if the Allegations Against Me Are False?

False allegations in domestic violence claims are not unheard of. At the scheduled hearing, your attorney can present this evidence to the court – which may include that which damages witness credibility, shows contradiction with truth, or underscores the lack of evidence as to what they allege happened. If successful, this will result in dismissal of the petition.

But in addition to this, you may have an additional remedy, as provided under F.S. 57.105. The Florida Supreme Court recognizes that in certain situations, this statute allows aggrieved respondents affected by false allegations to seek financial compensation of attorney’s fees as well as other costs incurred in defending against false allegations. If you prevail on your claim, you may have grounds to seek attorney’s fees if the person who filed for the injunction knew – or should have known when it was presented to the court – that the claim wasn’t supported by the facts. In the 2018 ruling of Lopez v. Hall, the Florida Supreme Court held that this was also applicable to domestic violence injunctions for protection.

Further, Florida courts have addressed the issue of weighing expediency of protective injunction processes with the rights of respondents – specifically, ensuring that he/she/they fully recognizes the potential consequences.

If the claims against you are false, talk to your attorney about these potential remedies that may be available to you under Florida law.