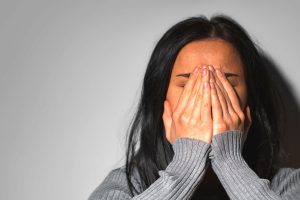 As longtime Fort Lauderdale domestic violence lawyers, we can tell you from experience that police officers on the whole loathe domestic violence calls. They can be volatile and dangerous and getting to the truth of the matter in the middle of a lot of heated “he-said-she-said” is a bit of a nightmare for investigators. But even if no one has been struck, officers don’t want to be called back to the same residence on the same shift. And they don’t want to risk anyone getting seriously hurt. So it’s not uncommon for them simply to make an arrest on thin evidence of assault just to get the parties to separate and cool down for a bit. That may not be pleasant for the accused, but take heart in the fact that an arrest alone almost never means the matter is open-and-shut. It’s probable you may have grounds for a strong defense – even if the alleged victim is cooperating with authorities.

Police make arrests, but it is the state attorney’s office that decides whether the evidence is adequate to proceed with the case. They are the ones that file the charges with the court. In some cases, particularly when alleged victims aren’t cooperating, your defense lawyer can reach out to prosecutors before charges are filed to argue the case is weak/lacks evidence/shouldn’t be filed. This may save you a lot of trouble down the line, as any charges filed will remain on your permanent public record.

Prosecutors may be somewhat less likely to pursue a case where victims aren’t cooperating, but that should never be taken as a guarantee they won’t. Accusers in domestic violence cases are often remorseful about calling the police. But that instant regret won’t translate into a reverse course because by the time police arrive, it’s out of the accuser’s control. It really depends on the specific facts in the case and how strong the other evidence is. Those facing charges should contact an experienced criminal defense lawyer as soon as possible – and before discussing the incident with anyone else.