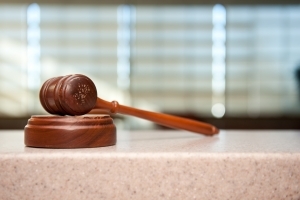 However, experienced criminal defense lawyers know that all too frequently, these offers are not advantageous to the accused – particularly when there may be grounds to have the charges significantly reduced or dismissed.

Prosecutors pose the offer as if it is one or the other: Plead guilty and take the “deal” or go to trial and face jail or prison time. Public defenders, who are often overworked and underpaid, may not have the time or resources to mount a viable defense. You may be urged to simply take the deal.

But there are a number of reasons why it may be preferable to press for a trial. For one thing, you may have more power than you recognize. If the greatest evidence against you is the word of the alleged victim, there is always the opportunity to challenge that person’s credibility. There is also a possibility that the story will change or that the person will no longer wish to testify against you. (Prosecutors can still subpoena these individuals, but a lack of cooperation can work strongly in your favor.)

Consider also that if you are convicted, you will face a host of negative consequences that have the potential to impact you for life. For example, a domestic violence conviction can be used as grounds to initiate deportation proceedings if you are a non-citizen. It can have an adverse effect on your ability to secure or maintain a job, as the conviction will be on your permanent record, accessible to current and future employers. A conviction could also significantly impact any ongoing or future child custody arrangements and prevent you from lawfully possessing a firearm.

And then there is this: If you enter a guilty plea, there is little to no chance you will be allowed to appeal that decision.

Take the recent case of United States v. Haubrich, reviewed by the U.S. Court of Appeals for the Eighth Circuit.

Later, the prosecution offered a deal: plead guilty to six of thees counts, and we’ll drop the other two. The possibility of concurrent sentences was discussed, but never promised. In reviewing his acceptance of the plea deal, the defendant confirmed that he was satisfied with his counsel and he understood the terms of the agreement. Part of those terms held that the defendant could not appeal, except on the grounds of inadequate representation by his lawyer or prosecutorial misconduct.

In the end, the court ordered the sentences to be served consecutively – which meant the defendant was given a very lengthy prison term – probably far more than he anticipated. However, when he tried to appeal, the court found that he had no grounds. The reasoning was that he understood the possible terms prior to the agreement, and there was no indication that his counsel was ineffective (a higher standard to prove than you might think).

Not all plea deals are bad. However, defendants should never feel pushed into entering a guilty plea unless they have carefully weighed the options with their attorney.