Colorado, one of just two states in the country to approve the use and sale of marijuana for recreational purposes, also has one of the strictest drugged driving laws in the nation, holding that the presence of 0.5 nanograms of pot in one’s system necessitates a DUI. 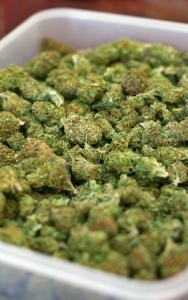 The state’s department of transportation has recently unrolled a series of advertisements aimed at discouraging driving while stoned. The primary message: “Get high, Get a DUI.”

Our Fort Lauderdale DUI defense lawyers recognize this approach as a bit misguided. Here in Florida, the drug remains illegal for any purpose, but voters will be given the opportunity in November to decide whether to green light medicinal marijuana, following in the path of 21 other states and the District of Columbia.

Certainly, authorities and legislators have an interest in preventing anyone who is a potential danger to themselves or others from being on the road. However, an arbitrary threshold does little to keep intoxicated drivers off the road and ends up harming those who are otherwise fine to drive. It also robs officers of their discretion to determine a person’s intoxication level.

The fact that a person occasionally – or even regularly – smokes marijuana does not make them unfit to drive. Yet this is the insinuation of Colorado’s new ad campaign, as well as the effect of the 5-nanogram legal threshold.

The reality is, unlike alcohol, which metabolizes rather quickly, traces of marijuana can remain in a person’s system long after the intoxicating effects are exhausted.

While driving under the influence of any drug is unsafe, a recent report by a news station in Seattle (out of Washington state, which has also approved recreational marijuana use) indicated that drivers were not necessarily a danger to themselves or others, even shortly after consuming the drug. In some cases, subjects were three times over the legal limit, and yet were considered by the local sheriff’s department’s drug recognition expert to be fine to drive.

Thankfully, Florida does not have an arbitrary marijuana limit for drivers. That may change if voters agree to allow medicinal marijuana use in the state.

Either way, we fully anticipate a crackdown on marijuana users, particularly in light of recent research indicating that the number of fatal crashes in which marijuana was found in the drivers’ systems tripled in the last 10 years. This is according to research by the Columbia University Mailman School of Public Health. Study authors also asserted that marijuana use doubles the risk of an accident for drivers.

But even the researchers are fuzzy on the role that marijuana plays in these crashes. For example, many of those drivers also had alcohol in their systems. Even those who solely had marijuana in their blood, there was not necessarily any indication that they were intoxicated or that intoxication was suspected as a cause for any of those crashes.