Nearly two years ago, the U.S. Supreme Court ruled that law enforcement’s installation and use of a Global Positioning System (GPS) tracking device is a “search” generally subject to the Fourth Amendment’s warrant requirement.

But a federal appeals court recently decided that the failure of police to obtain a search warrant did not prevent the use of evidence obtained from the GPS tracking of a Ford Expedition used in the commission of several South Florida robberies. 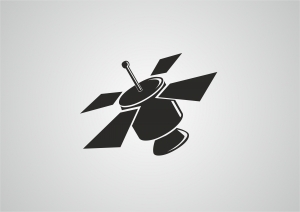 While the courts decide the precise rules regarding GPS tracking, understand that our Fort Lauderdale criminal defense lawyer has the experience to challenge the legality of every form of electronic surveillance used by law enforcement.


The 11th U.S. Circuit Court of Appeals addressed the issue of GPS tracking in U.S. v. Ransfer. Trevor Ransfer, Eric Hanna and four coconspirators were convicted in federal court of engaging in a series of robberies of South Florida businesses between April 2011 and June 2011.

The use of a GPS tracking device was instrumental in their apprehension and conviction.

According to court records, in the midst of the robbery spree, a police informant identified several of the defendants as suspects. Further investigation identified a certain Ford Expedition as one of the vehicles used in the robberies.

Police acting without a warrant installed a GPS tracking device on the Expedition on May 26, 2011. The next day, police recorded a phone call between their informant and one of the defendants, who indicated that the crew would be committing another robbery soon.

On June 1, 2011, police received notice of a robbery at a South Florida Wendy’s that matched the defendants’ mode of operation. At this time, police activated the GPS tracking device to locate the Expedition. Using the tracking device, police followed the Expedition to a gas station where they observed Hanna and Ransfer exit the vehicle. They also identified another vehicle linked to the crew’s robberies.

Police arrested both Hanna and Ransfer at the gas station and discovered abundant incriminating evidence, including a debit card bearing the name of the Wendy’s manager who was robbed earlier that evening.

Hanna and Ransfer moved to suppress the evidence derived from the GPS tracking, contending they were subjected to an unconstitutional search. Specifically, Hanna and Ransfer relied on a landmark 2012 decision from the U.S. Supreme Court, U.S. v. Jones. In Jones, the Court ruled that installing a GPS tracking device on a vehicle and tracking the vehicle’s movement for 28 days constituted a search under the Fourth Amendment.

Despite Jones, a Florida federal judge denied the motion to suppress, opening the door for Hanna’s and Ransfer’s multiple convictions for robbery under the federal Hobbes Act.

The defendants renewed their argument that police needed a warrant to engage in GPS tracking when they appealed to the 11th Circuit.

The 11th Circuit ruled that police didn’t need a warrant under U.S. v. Jones because they relied in “good faith” on pre-Jones case law that GPS tracking wasn’t subject to the Fourth Amendment’s warrant requirement.

This so-called good faith exception is an exception to the Fourth Amendment’s exclusionary rule that allows the admission of illegally gathered evidence at trial. In order for the exception to apply, prosecutors generally must show that police reasonably acted in accordance with clear and well-settled precedent in effect at the time of the search.

The 11th Circuit in Ransfer explicitly ruled that this good faith exception applied to GPS tracking.

This meant that the evidence derived from GPS tracking against Hanna and Ransfer could be introduced at trial because the 11th Circuit’s pre-Jones case law allowed the warrantless electronic tracking of a vehicle, particularly where officers had reasonable suspicion the vehicle was involved in criminal activity.

In finding no Fourth Amendment violation, the court noted the limited nature of the intrusion on the defendants’ privacy, citing the fact that police installed the GPS device on the outside of the Expedition when it was parked in a public place. The court also observed that there was no widespread tracking of the defendants’ movements. Instead, police didn’t turn on the tracking device until after an armed robbery was committed and the vehicle was used to flee the scene.