The Florida DUI arrest of a former corporate bigwig from New York may well have made headlines regardless of the words that came out of his mouth. However, those headlines undoubtedly appeared more prominently as a result of his perceived audacity. 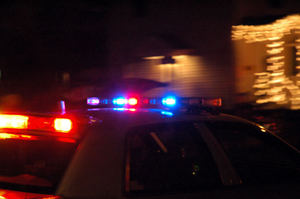 Like far too many people, this individual made the mistake of assuming he could talk his way out of a DUI. In the process, he probably made the situation worse.

What we try to stress to our clients is that almost nothing you say to a police officer is going to make him or her have pity on you and let you go if in fact you’ve been drinking and driving (which you should never admit). It’s even less likely that an officer will be intimidated by threats of who you are or who you know. In fact, that almost always serves to make the officer more determined to arrest you.

Understand that if you offer money or some other favor to the officer in exchange for your release, you could additionally face bribery charges. Per Florida Statute 838.015, that’s a second-degree felony, punishable by up to 15 years in prison.

This is not to say that the stop was proper or that the officer’s actions are fair or even legal. However, as infuriating as the situation might be, our advice is for clients to take a deep breath, remain calm, keep quiet, politely request an attorney, decline field sobriety tests and let your lawyer parse the details later.

In this case, the defendant is the former chief financial officer of Refco, a large financial brokerage firm that collapsed following an investment scandal back in 2005. He pleaded guilty to fraud charges and turned state’s evidence, agreeing to testify for the prosecution in the high-profile trials of other company leaders in exchange for a lighter sentence. He has yet to be formally sentenced.

Most deals like this are predicated on the agreement that the defendant not commit any future crimes while awaiting sentencing. It’s unclear at this point how an out-of-state misdemeanor DUI arrest may affect his still-pending felony case, but it certainly isn’t likely to help.

He had a lot to lose when he encountered a Florida state trooper after his involvement in a single-car crash in Bradenton.

As the trooper began his investigation, the defendant started to urge him to call a friend of his, a detective for the Bradenton Police Department. The defendant said numerous times that the detective could “help” the trooper.

Then, the defendant told him he would “do anything” for the trooper to let him go. At that point, he offered the trooper $1,000 to release him. The trooper wasn’t swayed.

Then the defendant reportedly began to get aggressive, telling the trooper that he was a “big deal” and that the federal government would be upset by his arrest. He accused the trooper of trying to be a “big shot.”

Still, the trooper carried on with his investigation.

The defendant then reportedly became emotional, telling the trooper his young son was sick and would cry if he didn’t see him the next day. He also became near tears himself in telling him he was worried about missing an 11 a.m. flight the next day.

Several field sobriety tests were then initiated, and the defendant reportedly failed.

He was arrested on a charge of DUI with property damage, and submitted to a breathalyzer test, during which he blew a 0.198 and a 0.213.

Throughout the entire exchange, the trooper was collecting evidence ranging from the defendant’s speech patterns to his emotional state and apparent balance. In effect, the defendant was giving the trooper more evidence to use against him.

Again, it’s always better to simply avail yourself of your right to remain silent – even before you are officially under arrest.