Two young teenagers are facing felony stalking charges in Florida following the suicide of a classmate who was reportedly bullied by the two girls via social media for more than a year. 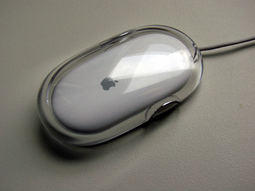 Having recently wrote about a number of stalking cases in our Fort Lauderdale criminal defense lawyer blog, we have noted a trend in which juvenile defendants are increasingly being charged with this crime in connection with their activities online.

Bullying has always been around, but there are a number of reasons why it is seemingly more prevalent today. For one thing, ever-advancing technology allows everyone to remain in constant contact through a variety of outlets. For a teen with a smartphone, messages can be fired off instantaneously to Facebook, Twitter, YouTube, as well as through e-mails and text messages. That means two things: One, the targets of these actions feel like they can never get away from their aggressors. Two, the evidence against the alleged bullies is now incredibly easy to obtain, all right there in a single device.

The girls involved in this case were 12- and 14-years-old – hardly old enough to recognize the full consequences of their actions. The 14-year-old was dating the former boyfriend of a 12-year-old classmate. She was reportedly jealous and began targeting her for a series of abusive electronic messages. Authorities say she also encouraged at least one other girl, also 12 and a former friend of the target, to participate as well.

Police say the campaign lasted well over a year, even after the girl being targeted switched schools.

Then in September, the alleged victim jumped off of an abandoned concrete factory, killing herself. Authorities moved to arrest the 14-year-old after she allegedly posted a callous message regarding the younger girl’s death. The older teen’s parents say their daughter’s account was hacked.

Cyberstalking, per Florida Statute 784.048, is typically charged as a misdemeanor. It is defined as a means to engage or communicate with someone electronically with the intended purpose of causing substantial emotional distress by willfully, maliciously and/or repeatedly harassing another person. If during the course of these actions, however, the person makes a credible threat, the charge is boosted to a third-degree felony. If the girls are charged as adults, they face the possibility of up to five years in prison.

Authorities are also exploring the possibility of charging the parents of the two teens with misdemeanor contributing to the delinquency of a minor.

The parents say the case is not as clear-cut as it seems, however. While details are still emerging, they insist their children are good kids and would never have engaged in such vitriol. Others are suggesting this ongoing situation was more of a two-way street than is being portrayed.