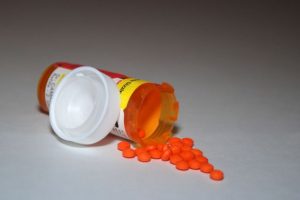 F.S. 316.193 makes it clear that no driver is allowed to be in actual physical control of a vehicle while under the influence of any substance – legal or otherwise – if it impairs his or her normal faculties. But while legislators have created a per se limit of intoxication that pertains to alcohol consumption (0.08 or more grams of alcohol per 100 milliliters of blood or per 210 liters of breath), no such cut-off exists for drug impairment. That means the question of whether someone is “under the influence” is often a subjective question that comes down to the observation of the arresting officer – who has more credibility in a courtroom with DRE certification. That does not mean the assertions made by that officer are correct. Our Fort Lauderdale DUI defense attorneys encourage all defendants to remain respectfully silent during questioning and ask to speak to a defense lawyer as soon as possible.

Many courts nationally are dealing with how to present the credibility of DRE testimony, as well as defendant rights when it comes to DRE investigations. For instance, the Indiana Court of Appeals recently ruled defendants have the right to counsel before drug recognition exams. In that case, defendant was convicted and sentenced to one year in jail for OUI (operating while intoxicated endangering a person) based largely on DRE testimony. An officer allegedly found her stopped at a red light, partly out of her vehicle, yelling at her boyfriend who was in an another car. The officer allegedly noticed the smell of marijuana on her and she conceded to the officer she had smoked some earlier in the day. A field sobriety test was inconclusive, so a DRE performed an examination at the police station. These included behavioral tests as well as taking her temperature, looking at her nasal cavities, measuring her blood pressure and watching her pupil size in different lights. These observations were entered into a “drug symptom matrix,” which collectively led officers to conclude she was OUI under the influence of marijuana. A blood draw did find THC in her system.

On appeal, defendant argued the DRE’s testimony and test results should have been suppressed at trial because she was not given an advisement 30 minutes in advance of the warning (per case law procedure in that state) and she should have been advised at that time of her right to speak to a lawyer before undergoing that test, which she was not. The state argued that because the DRE’s exam is not overly intrusive, no warning was necessary. The court of appeals disagreed, reversed and remanded the case for a new trial.

Although that ruling has on direct impact on defendants here in Florida, a good DUI defense lawyer has a number of strategies that may be effective in reducing your odds of a conviction.  These include:

If you have been arrested for driving under the influence of drugs in Broward County, we can help.