The day after a gunman fatally shot 17 people at a high school in South Florida, most of American teenagers returned to school. And when they did, a number of so-called “copycat” threats were made, posted on social media, scrawled on bathroom walls and called into school administration offices. Regardless of how serious these individuals are, they need to know that such actions can have very real criminal consequences, even for minors. Police, prosecutors and school districts are not likely to assume such assertions are idle. If anything, there will be a tendency to overreact, despite the fact that we know 15- and 16-year-olds (the most common perpetrator in these cases) aren’t developmentally mature and don’t always make the best decisions. 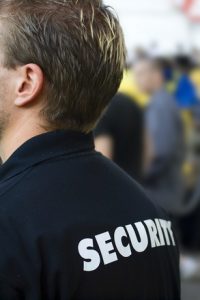 The list goes on and on, and includes everything from students posting photos of unloaded guns to actually bringing weapons to school. In Collier County on Florida’s West Coast, officials reported 27 school threats in less than two weeks after the shooting. USA Today reports more than 600 copycat threats have been made against schools throughout the country (about 70 daily).

As noted by school psychologists, these “copycat perpetrators” often identify with the suspect’s background or general grievances against peers or society. In other cases, students will try to defend their actions by saying they thought they would be “funny.” And that may very well be true, given the fact that not all young people mature at the same level and they often fail to grasp the severity of their actions or how others might perceive them.

Nonetheless, they may face criminal charges or findings of delinquency through the juvenile justice system.

F.S. 836.10 deals with written threats to kill or do bodily injury. The law says that anyone who writes or composes or sends or procures the sending of communication – signed or anonymous – indicating a threat to kill or do bodily harm is guilty of a second-degree felony – punishable by up to 15 years in prison.

Although kids can be charged as an adults and this is a gravely serious offense, it’s more likely to result in juvenile sanctions and expulsion. The charges and penalties will depend on the severity of the incident – and the skill of your criminal defense attorney. Although there is no question such threats are hurtful and even hateful, they are often the result of misguided or immature youth who don’t grasp the seriousness of their actions.