Earlier this month, the U.S. Supreme Court released a 5-4 decision in the Maryland v. King case, which held that law enforcement officials have the right to collect DNA samples during the booking process from those arrested for serious offenses. 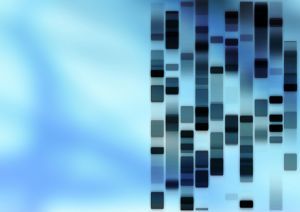 Our Fort Lauderdale criminal defense lawyers know this sparked a firestorm of controversy across the country in relation to privacy rights and whether the government was going too far in collecting biological data from people who had yet to be convicted of any crime.

But here’s the reality: State police agencies in Florida were already doing this. It’s just that now they have stronger backing from the high court.

What’s even more troubling is the fact that, largely under the radar, an expanding number of local law enforcement agencies have begun amassing their own DNA database of potential suspects.

The phenomenon was recently chronicled by The New York Times, which pointed out that the practice is largely unregulated and that samples are often secured without donors’ knowing it. In some cases, individuals aren’t even suspects in any crime at the time. In some cases, they are victims.

The perfect example: A man calls to report that his home has been burglarized. Police ask if he will submit to a DNA sample so that his biomarkers can be excluded during the course of the investigation. The victim’s samples are then stored in the department’s criminal suspect’s database. It’s stored there indefinitely and can be scanned at any time in relation to future or past crimes – all without the donor having any knowledge whatsoever that the sample is being used this way.

It’s a trend that is expected only to accelerate after the ruling in Maryland v. King.

It’s tough to say exactly how many agencies have begun their own databases. We do know that New York City has about 11,000 crime suspect profiles. Orange County, California has about 90,000 profiles. And in Central Florida, a number of law enforcement agencies have worked together to pool their DNA databases so they have a larger sample upon which to draw.

Of course, this begs the question: Why not just use the state and federal DNA databases, which are better regulated and have more samples overall?

The answer is, first of all, that local law enforcement agencies still do tap federal and state databases to cross-reference their samples. However, many police officials say it’s costly and time-consuming.

Plus, those databases don’t have profiles for lower-level offenders. These individuals might not have DNA samples that end up in the larger databases for years, when they are caught committing a higher-level crime.

Of course, while it may be semi-effective in the short-term for solving some cases, this practice of collecting samples for future, undefined investigative use raises serious Fourth Amendment concerns regarding unlawful searches.

In Central Florida, the police chief in Palm Bay said the samples have been used to produce some 1,000 matches in the last several years, mostly for low-level property crimes like burglary.

However, individuals prosecuted after DNA samples were taken unwittingly or unwillingly and not in accordance with state or federal law could potentially make a strong case to have that evidence suppressed in court.