Recently in Boynton Beach, a woman was arrested for aggravated child abuse. Her 15-year-old daughter was reportedly found bleeding with numerous marks on her head and arms after she’d allegedly been beaten with a belt. 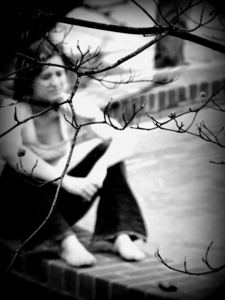 Although the relationship between the woman and the girl was redacted from the police report, it is indicated the woman allegedly found a boy in her room and began hitting her with a belt as punishment. At least, that’s the story the girl told police. The woman denied knowing how the bruises came to be on the girl’s body.

This might seem a clear case of child abuse: Strike a child, get arrested.

But let’s contrast this with a story that made national headlines just a few months earlier. Images of a mother beating her 16-year-old son in Baltimore in public. The teen had reportedly joined protest the death of a black man, Freddie Gray, in police custody. This mother was heralded as a “hero,” with video of her violent discipline going viral.

Although there was clear evidence of the woman’s attack on her 160year-old son, there was no arrest or even talk of an arrest.

Granted, these two incidents occurred in different states and under different circumstances. One also involved a teen boy, and another a teen girl.

But the fact of the matter is: Both individuals were allegedly meting out a discipline they felt appropriate for behavior or actions that violated the rules. Yet one was arrested and one was not.

Our Broward criminal defense lawyers know this underscores how we as a nation grapple with this cultural issue.

On one hand, the state has both an interest and a duty to protect young children from harm -regardless of who is causing that harm. On the other hand, parents and guardians do have a right to enact an appropriate level of discipline on their children.

It’s the unraveling of the term “appropriate” that sometimes results in good parents and caregivers being charged with serious and even felony crimes for trying to do the right thing.

Child abuse is Florida is defined in F.S. 827.03, which covers abuse, aggravated abuse and neglect of a child, as well as penalties.

Of course, discipline, we know, may result in physical or mental injury to a child, but the intention is to correct his or her behavior. The broad interpretation of the statute is the reason so many people end up having charges filed. By that definition, both the incident in Boynton Beach and the one in Baltimore would seemingly qualify.

Another reason people are likely to get arrested on child abuse charges for legitimate discipline is that law enforcement agencies have become increasingly vigilant on this topic. Similar to domestic violence in general, there was long an unspoken policy that such matters were “private” and were best left to families to handle.

Certainly, the state was correct to take a more proactive approach, given what we know about the nature and severity of domestic violence. However, it seems the pendulum has swung too far in the other direction. We know have in cases of both domestic violence and child abuse law enforcement agencies eager to pounce on even the slightest allegation of wrongdoing.

If you have been arrested for child abuse, understand these are serious allegations with the potential not only to threaten your wallet and your freedom, but also your family and your livelihood. Call us today to learn more about how we can help.