The case is packed with so many odd twists and turns, it sounds like some kind of made-for-television movie. And strangely, that’s what the defendant says she was trying to do: Act the part of the villain so she could score a reality television show. The alleged victim was even in on it, she said. 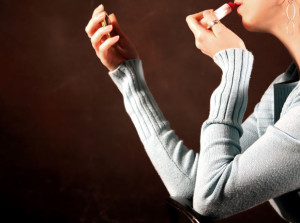 But the Boynton Beach police who arrested her for allegedly paying a hit man to kill her now-ex husband say the plan was real. Meanwhile, the police were filming a “COPS” episode of the whole investigation, and even staged a fake murder scene as part of the case.

Dalia Dippolito was charged and later convicted of solicitation to commit first-degree murder with a firearm and sentenced to 20 years in prison. Then the conviction was overturned two years ago based on improper jury selection. Now, Dippolito’s defense lawyers are arguing the charges should be dropped, presenting testimony from her one-time friend-turned-police-informant Mohamed Shihadeh says he was pressured by police to set up Dippolito.

Shihadeh testified to this effect in court, where a motion to dismiss the case had been filed by Dippolito’s lawyers.

Police allege Dippolito paid $3,000 to an undercover police officer to kill her husband, who was still married when they first met and whom she married five days after his divorce was finalized. At the time, she says, she had no idea her husband was in fact a convicted felon who was out on probation until 2032 for investment fraud. She allegedly engaged with the undercover officer six months later. Prosecutors say she was motivated by an affair with her ex-boyfriend, as evidenced by steamy texts.

Video evidence presented by police shows the undercover officer telling Dippolito in 2009 that he would break into the home and shoot her husband twice in the head. He tells her that she cannot change her mind on this once she pays. She tells him she is “determined,” “positive” and “5,000 percent sure.” She tells him people mistake her for a “cute little girl,” but that she is “a lot tougher” than she appears.

Soon after, she was arrested and in 2011, she was convicted. That conviction was overturned in 2014.

In a recent interview with ABC News’ 20/20, while she was on house arrest awaiting a second trial, she says she never wanted her ex-husband to die and all of it was fake. She, her ex and Shihadeh all set it up so they could post the film on YouTube and hopefully be picked up for a reality series. That defense was not submitted to jurors during the first trial.

Shihadeh told the court he went to the police because he believed Dippolito to be “in a bad place.” He wanted to get her help. However, the police had him sign a confidential agreement. He would later say he thought this agreement was to allow him to submit his complaint in anonymity. However, what he’d actually done was agree to be a confidential informant. When he later told police he did not want to do this, they told him he could be on the hook for murder charges if something happened to the ex-husband. He felt he had no choice.

He reportedly engaged in some 400 phone calls with Dippolito about the alleged murder-for-hire, but defense lawyers have said none of those recordings have been turned over by the police department.

Her attorneys say Shihadeh was coerced into helping police entrap Dippolito in this plot in an effort to impress producers with the “COPS” show. They say departmental policies  – and Dippolito’s civil rights – were discarded in the process.

Police Informant in Dalia Dippolito Case Testifies He Was Pressured Into Setting Her Up, Jan. 19, 2016, By Kate Jacobsen, Sun-Sentinel