With the proliferation of smart phones – each containing a great deal of personal information. In some cases, that information can be incriminating. Courts across the U.S. have been attempting to find common legal ground on the issue of whether persons should be compelled to reveal their cell phone passcodes if it could unlock potentially self-incriminating information. 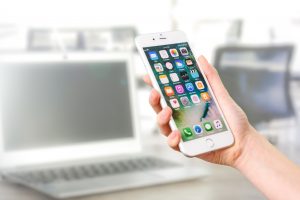 This summer, our Fort Lauderdale criminal defense attorneys wrote about the recent ruling by the California Supreme Court ruled attorneys can subpoena private social media posts where they are pertinent to a criminal case.

Now, Florida’s 1st District Court of Appeal has sided with a criminal defendant who fought against being fought to comply with an order requiring him to supply prosecutors with his cell phone password. This is welcome news for Florida defense lawyers, but it does conflict with a previous state appellate court ruling, making the issue ripe to be heard by the Florida Supreme Court.

The case in question started with an alleged robbery. Authorities suspected evidence of the crime was available in the cell phone of a suspect. But as the information, suspected to include photos of money, drugs and firearms connected to the crime, was encrypted with a passcode, they could not access it.

A circuit court judge ordered the defendant to turn over his passcode to authorities. However, on appeal to the Fla. 1st DCA, justices quashed that earlier ruling, noting a previous ruling by the Fla. 4th DCA ruling that cited one’s 5th Amendment rights against self-incrimination. In that case, justices ruled that unless prosecutors can be reasonably particular about the information sought on a specific cell phone, attempts to seek all communications, information and photos on such a device amounts to nothing more than a fishing expedition.

Fort Lauderdale criminal defense lawyers know that as it applies to the facts of this case, 1st DCA justices held that prosecutors’ requests for generalized communications and social media activity was overly-broad. The officer who made the initial request believed text messages pertaining to the crime existed only because most criminal enterprises leave some type of discoverable digital trail. However, this belief is too generalized, falling short of the standard of reasonable particularity. Thus, forcing the defendant to turn over his passcode would amount to a violation of his 5th Amendment rights.

In further explaining, the court noted that prosecutors weren’t asking for any specific files that might exist on the phone, but rather solely the passcode in order to access all of it.

This ruling by the 1st DCA, aligned with rulings by the 4th DCA and 5th DCA conflicts with one made previously by the 2nd DCA, which hears cases in Southwest Florida.

The 5th DCA ruling involved a drunk driving accident wherein phones belonging to both the defendant driver and a passenger were seized from the crashed car. Investigators tried to access the phone, but didn’t get far because it was locked by his passcode. Prosecutors asked the court to compel the defendant to provide it, but the defense argued that to do so would be a violation of defendant’s 5th Amendment rights against self-incrimination.

Prosecutors then noted the foregone conclusion standard. This allows the government to bypass the 5th Amendment if prosecutors can show they know the defendant knows the password needed to unlock it, without needing to show the evidence is necessary to prosecuting the case.

The 5th DCA reversed, finding that, foregone conclusion or not, the production of the passcode is testimonial, with potential to harm the defendant, just like any other Fifth Amendment violation would.

The bottom line is that while a Florida court – depending on the jurisdiction and circumstances – may compel you to turn over your cell phone passcode in a criminal case, it’s not a decision you should make without first consulting with your Fort Lauderdale criminal defense attorney.