Florida’s “Stand Your Ground” self-defense law was recently tested by a jury, which found the defendant guilty of manslaughter for killing another man following an argument over a parking spot last year. 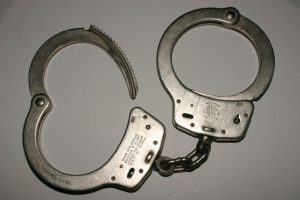 Fort Lauderdale criminal defense lawyers understand the local sheriff’s office didn’t initially arrest the suspect, citing the Stand Your Ground law. The defendant was white and armed, while the man he killed outside a convenience store was black and unarmed, setting off racial tensions. Authorities did arrest the defendant three weeks later when prosecutors decided to charge the defendant with manslaughter.

He now faces up to 30 years in prison, per F.S. 782.07. He had been free on bond pending trial, but was taken into custody after the verdict. Defendant was reported by his defense attorneys to be “mystified” by the verdict, given that the sheriff’s office initially stated publicly he’d committed no crime, but then prosecutors began to pursue him so aggressively.
The defense lawyers intend to appeal, believing the state attorney’s office filed the charges to appease pressure from political activists.

What is Florida’s Stand Your Ground Law?

Florida’s Stand Your Ground Law was originally passed in 2005 and provides legal protection to those who use deadly force before first before attempting to retreat from a situation they reasonably believe to be dangerous and a threat to their lives.

The law was staunchly opposed by law enforcement, but supported by the NRA.

Two years ago, state lawmakers made the law even stronger by shifting the proof burden to prosecutors in pre-trial hearings on defendant immunity based on Stand Your Ground. As your Fort Lauderdale criminal defense attorney can explain, defendants no longer have to offer evidence (usually in the form of sworn testimony) in order to prove their Stand Your Ground claim.

Defense experts were surprised by the outcome in this case, opining that years of public debate and controversy over the law may have made jurors more skeptical of the defense.

Defendant Alleged He Acted in Self Defense

In the recent Stand Your Ground case out of Clearwater, defendant argued he was shoved out of nowhere in a dispute over the parking space, and was fearful he was going to be hit again. However, video of the incident appeared to show the decedent backing away from confrontation when he was shot.

The decedent, a 28-year-old man with his girlfriend and 5-year-old son, had parked in the handicapped parking lot of a convenience store. The defendant, 49, approached the vehicle and began to argue with the younger man about parking in the space without a permit.

The decedent pushed the defendant to the ground and took a few steps back before defendant pulled his gun and shot the other man from the ground. After suffering a single gunshot wound to the chest, he was transported to the hospital, where he was pronounced dead.

Jurors were asked to decide whether they believed defendant had reasonable fear he was about to be either killed or greatly harmed after he was knocked to the ground. There were several witnesses, but their accounts conflicted. The surveillance video seemed to have proven central.

Grounds of a planned appeal include: