A judge was forced to re-sentence a Florida DUI manslaughter defendant, after an appellate court found that the initial sentence was too lenient. 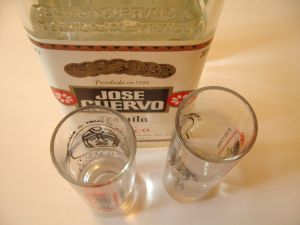 Our Fort Lauderdale DUI lawyers know that while there are many situations for which judges have a great deal of discretion, DUI manslaughter charges carry a minimum mandatory sentence. Thus a conviction means you will spend at least the statutory minimum amount of time behind bars – regardless of what mitigating circumstances might exist.

Minimum mandatory sentencing in effect robs judges of their ability to apply judicial discretion in situations where it is due. In turn, there will be cases where justice is elusive.

In this case the defendant was just 20 years-old when she and her 22-year-old female co-worker went to a nearby bar. Being that the defendant wasn’t old enough to drink, the passenger purchased a number of shots, which the pair downed in the bathroom.

The two then left, with the 20-year-old behind the wheel.

She would later tell investigators she thought they were being followed. it was about 4 a.m. in Destin on U.S. Highway 98. She turned around to see if there was someone behind them. At that point, she veered off the road. Her vehicle slammed into a utility pole. Her 22-year-old co-worker was killed.

She was later convicted of DUI manslaughter, which under Florida Statute 316.193 is a second-degree felony, punishable by up to 15 years in prison, with a minimum mandatory sentence of four years.

Prosecutors in the case had asked for 10 years, while defense lawyers were pressing for probation or a suspended sentence, on the condition that the defendant would give talks to area high school students about the dangers of drunken driving.

The judge noted that no matter what his decision, everyone would be pained. In the end, he opted for a 15-year-sentence, of which all but 2.5 years was suspended.

However, the prosecutors appealed, citing the statute regarding the mandatory minimum. The appellate court ultimately sided with prosecutors, saying the judge had erred in allowing the defendant to serve less than that statutory minimum.

Now, she will serve those four years, followed by two years of probation, during which time she will be on house arrest. She will be allowed to leave only in order to give talks to young drivers six times annually. At those talks, she will show a montage of photographs of the victim.

Additionally, her driver’s license will be permanently revoked.

This is not the first time a judge has had to go back and re-sentence a defendant for a DUI manslaughter charge. Earlier this year, a county circuit judge in Northern Florida was forced to re-sentence a defendant convicted of DUI manslaughter in the death of his elderly father, who was dying of Alzheimer’s disease. At the initial sentencing, the judge had said the defendant lacked any moral culpability, and had never intended for his father, a passenger in the vehicle, to get hurt, let alone to die. The judge gave him two years of house arrest, followed by eight years of supervised release.

However, a prosecutor appealed that decision, and the judge was later forced to hand down the minimum mandatory sentence of four years in prison.