YOLO is a popular Fort Lauderdale restaurant named after the mantra that, “You Only Live Once.” But a former bookkeeper at the downtown hot spot may have taken those words too closely to heart. 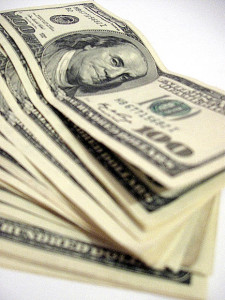 According to a report by The South Florida Sun-Sentinel, 52-year-old Joanne Purstell of Oakland Park has been arrested on grand theft charges after management accused her of stealing nearly $350,000 of the restaurant’s money.

Purstell, who reportedly has no prior criminal record, was in charge of managing tip shares, balancing cash receipts and making deposits of cash and credit card payments for the East Las Olas Boulevard restaurant. But Fort Lauderdale police investigators assert that between 2012 to 2015, Purstell failed to deposit nearly $350,000 into restaurant bank accounts.

Authorities say they have acquired bank receipts that show nearly $200,000 worth of cash deposits were made directly to her personal bank account during that time frame. It’s unclear where authorities believe the rest of it may have gone.

That could be a critical point in the future of this case because the severity of theft charges depend largely on the amount in question. Defendant in this case is accused of fraud and grand theft, though she has thus far pleaded not guilty to both charges.

When an employee is entrusted to manage or monitor the company’s money or property, and then steals all or part of it for personal gain, that’s called embezzlement. In Florida, there is no specific “embezzlement” statute. Rather, it’s defined simply as “theft” underF.S. 812.014.

As we mentioned earlier, the severity of the charge depends on the amount of money or value of property in question. The law states that in cases where the stolen property is worth $100,000 or more, it’s considered grand theft in the first-degree, which is also a first-degree felony.

Under Florida law, a first-degree felony is punishable by up to 30 years in prison, 30 years of probation and fines of up to $10,000. Additionally, a victim of theft that exceeds more than $3,000 can sue the accused in civil court for three times the damages. Usually, defendants don’t have the resources to pay that kind of a judgment, but they could be looking at a situation where any future earnings they make for a lifetime will be docked in order to fulfill that debt.

Purstell is facing serious consequences if she’s convicted. This is especially true because, while Florida doesn’t have an actual embezzlement statute, prosecutors tend to seek harsher penalties for theft by employees. The general view is that employees were in a position of trust, and their ability to cause economic harm in that position is substantial. Also, many companies push for harsher punishments in order to send a message to others who might think of doing the same. And finally, these kinds of thefts tend to result in a larger loss to the alleged victim.

Defendants accused of grand theft in Florida should seek immediate legal counsel to ensure their rights are protected. There may be a number of effective defenses that could work in their case, and it’s best to have a defense attorney involved early on.