Cops can be intimidating. It’s fully intentional on their part. After all, it can be quite effective in terms of compelling suspects or persons of interest in criminal cases to talk freely during the investigation. But failure to exercise the right to remain silent until there’s a South Florida defense lawyer at your side can quickly cost your freedom. That’s not to say you won’t spend the night in jail if you stay mum. However, defendants almost always benefit long-term when they wait for defense attorney advice and advocacy. 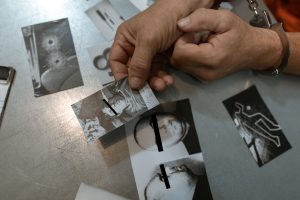 You are probably familiar with the term “Miranda Rights” and “Miranda Warnings” and the paragraph that starts, “You have the right to remain silent…” They’re derived from the 5th and 6th Amendments to the U.S. Constitution. If an officer reads them to you, you are considered “Mirandized.” It stems from the 1966 case of Miranda v. Arizona, and the purpose is to ensure you are made aware that you do have the Constitutional right not to speak to the officer and to have your own attorney present on your behalf before you answer any questions.

What occurs only belated to a lot of criminal defendants is that these rights are in place before they are ever read aloud- or even if they are never read at all. Miranda is only applicable in custodial interrogations, meaning police don’t have to recite those rights every time they talk to or question someone. In fact, much of the evidence used against defendants in Florida courts are statements they made to authorities prior to formal detention or interrogation by police. It’s important to understand that voluntarily opting not to speak to police about a criminal matter is not a crime – no matter how much pressure you might feel.

Worth noting as well: Even if you are entirely innocent, it’s often still wise to stay silent until you’ve talked to an attorney. This is especially true in any situation where you have any reason at all to believe you might be a potential suspect.

What If I Decline to Speak and They Arrest Me Anyway?

You have the right not to answer police questions until your attorney is present. However, once you assert that right, don’t be shocked if the officer breaks out the handcuffs anyway. If that occurs, you can doubly trust that you’re doing the right thing by remaining silent.

Arrests only occur when there is other evidence/probable cause. Speaking to authorities on your own will probably only provide them with potentially more evidence against you; criminal defendants almost never successfully talk their own way out of an arrest.

Once you invoke your 5th Amendment right to remain silent, all interrogation by officers must cease immediately. (The 6th Amendment is what guarantees you the right to an attorney.) If you invoke your 5th Amendment right to remain silent and the officer persists in questioning you, it’s possible that statements you make after that point may not be admissible in court. That doesn’t mean it’s a good idea to keep talking. Prosecutors have in some instances been able to use statements made by the defendants after invocation of the 5th Amendment when those statements were characterized as “spontaneous utterances.” These are statements you make even when you aren’t asked a direct question. Don’t give them the extra help to use against you.

KNOW YOUR RIGHTS: IF YOU ARE APPROACHED OR ARRESTED BY LAW ENFORCEMENT (POLICE, IMMIGRATION AGENTS, OR FBI), ACLU