Domestic violence allegations are taken very seriously by authorities in South Florida. If you’re arrested for domestic violence battery, you must take the charges seriously and quickly “lawyer up” if you hope to avoid the most significant penalties and long-term consequences. Hiring a lawyer is not an indicator of guilt, but rather can help mitigate the impact of the charges on your life – particularly your job and future opportunities, as well as your right to bear arms. 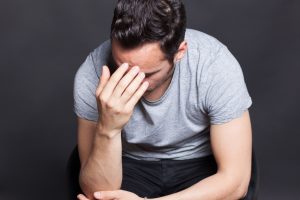 Those accused may not be inclined to concern themselves much about unfounded accusations, presuming it’ll all be sorted out fairly in court. But as our Fort Lauderdale criminal defense lawyers can explain, cultural forces have imposed increasing pressure on law enforcement agencies and prosecutors increasingly to make arrests and secure convictions in domestic violence cases. The truth may not be enough to set you free. What will is immediate legal advice from a knowledgeable, experienced South Florida domestic violence attorney.

What is Domestic Violence Battery in Florida?

State law defines domestic violence as any means of assault, aggravated assault, battery, aggravated battery, sexual assault, sexual battery, stalking, aggravated stalking, kidnapping, false imprisonment, or any other criminal offense resulting in physical injury or death of one family member, household member, former romantic partner, or co-parent against another. Domestic violence battery involves the intentional and actual touching or striking of another individual without their consent or the intentional infliction of bodily harm. It is typically charged as a first-degree misdemeanor, which is the highest level of misdemeanor with a penalty of up to 12 months in jail and/or 12 months of probation, as well as a maximum fine of $1,000. The law further stipulates that if injury resulted, there is a five day minimum mandatory jail term, plus a mandatory 29-week batterer’s intervention program. It’s considered a deportable offense by immigration services. It will result in the revocation of any concealed weapons permits, and the forfeiture of any guns while on probation – even for misdemeanor battery charges. No contact orders or injunctions may be imposed. There could be adverse impacts on the child custody/parenting time order. Community service may also be ordered. You may be barred from certain types of employment and housing in the future, as your record will always be visible; domestic violence charges can never be expunged or sealed, even if adjudication is withheld. You may be barred from obtaining certain types of loans and security clearance if you’re convicted.

If the defendant is accused of using a weapon or the injuries in the case severe, the charge may be upgraded to “aggravated,” and filed as a felony. Third-degree felonies (the lowest tier) can carry a prison sentence of up to five years.

It is imperative that if you’ve been accused of domestic violence battery that you seek immediate legal counsel.

In Florida, domestic violence battery can be successfully defended with the help of an experienced and committed criminal defense lawyer. Some lament the cost of an attorney, but the risks you run defending yourself or relying on overworked public defenders is high.

Among the tactics our Fort Lauderdale criminal defense lawyers employ:

Hiring a private criminal defense lawyer signals to the prosecutor that you intend to aggressively fight back against these charges, and are committed to minimizing the impact these allegations will have on your life.