A number of recent criminal cases in South Florida have involved counterfeit checks. 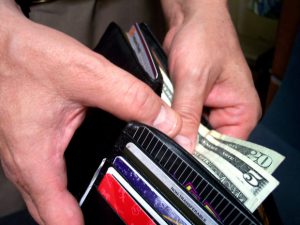 Florida Statute F.S. 817.60(6) deals specifically with forgery of credit cards. Violation of this statute is punishable under F.S. 817.67, which classifies it as a third-degree felony, punishable by up to five years in prison.

A strong criminal defense is required in these cases.

Among the recent cases that have been reported in South Florida:

Although cash still has its value in society, credit and debit cards are quickly becoming the primary way we spend money in our day-to-day lives. That means there are more opportunities for theft, counterfeiting and trafficking.

Forgery of a credit card occurs when a person with the intention to defraud a person or business of money, goods, services or anything else of value falsely makes, embosses or alters in any manner a credit card, invoice, voucher, sales draft or other representation or manifestation of a card in his or her possession, custody or control.

Other similar crimes under that statute include:

Depending on the type of crime, these crimes may be charged either as first-degree misdemeanors or third-degree felonies.

In many cases, credit card fraud – including the creation of counterfeit credit cards – is often closely linked with identity theft. As spelled out in F.S. 817.568, criminal use of personal identification is a third-degree felony, penalized by up to five years in prison. If the amount stolen in connection with that identity theft exceeds $5,000, it is bumped to a second-degree felony, punishable by up to 15 years behind bars.

If you are accused of credit card fraud in South Florida, our criminal defense lawyers in Fort Lauderdale can help you explore all your potential defense options. Credit card counterfeiting and fraud, as well as identity theft, are crimes of intent, and the burden is on prosecutors to prove you had this intent. If the whole thing was an honest mistake or if the card holder gave you permission to use their card or if police wrongly searched your vehicle to begin with, you may have a strong defense. We can help you explore all your legal options.