It was a neighborhood dispute turned ugly. Even the defense attorney for one of those involved would concede his actions were criminal. But he insisted the more than five dozen phone calls, containing “disgusting and vile messages,” were misdemeanor rather than felony offenses. 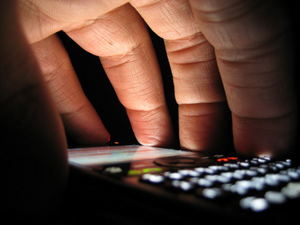 Now, rather than face up to five years in prison under F.S. 784.048 (3), felony stalking, he was convicted of a misdemeanor and sentenced to the maximum 60 days in jail – minus credit for three days already served.

The primary difference between felony stalking and misdemeanor stalking is the idea of a “credible threat.” Even the defendant’s attorney called him “jerk” and the content of the calls “disgusting.” But he chalked it up to the man’s “odd sense of humor.”

Our Fort Lauderdale criminal defense attorneys have represented clients who were not considered by jurors to be very likable individuals. It’s critical in these cases to drive home the points that while jurors may not like the defendant or agree with his actions or beliefs, the courtroom is not the place for a popularity contest. There are specific criteria that must be met in order to secure criminal convictions, and the burden of proof rests on the shoulders of the prosecutors. If they haven’t proven their case beyond a reasonable doubt, there should be no conviction – regardless of whether the defendant is a “jerk.”

In this case, defendant reportedly spewed anti-Semitic rants against the family, called himself a “terrorist” who would put a “bomb” in the home he owned next to the alleged victims, used foul language and even reportedly threatened to sexually assault victim’s 15-year-old daughter.

The purported target of these rants was a former neighbor of defendant’s. In 2009, the wife/mother reportedly helped another neighbor install surveillance cameras that ultimately showed defendant was destroying her property. That resulted in defendant’s arrest and relocation out of the gated community. Defendant, however, continued to own the home next to the victims, and continued to rent it out.

He began making phone calls, sending letters and emails to the family. In some, he made repeated references to sodomizing children. He made racial slurs, used profanity and peppered his messages with laughter.

In total, there were 64 messages played for the jury. Prosecutors asserted that if these weren’t considered stalking, “Nothing is.”

However, defense countered that this was “trash talk.” He conceded that it rose to the level of telephone harassment, but forcefully argued against a felony stalking conviction. He insisted his client had no ability to carry out a bomb threat and had no intention of harming anyone’s children.

He also presented evidence to indicate that the alleged victims pursued this case in retaliation for a long-running neighborhood feud. Although defendant had been removed from the neighborhood, he’d also secured a $100,000 legal judgment against the homeowners’ association. He laid forth the argument that the alleged victim “goaded” defendant into making inflammatory statements, and that he was “smart enough” to keep the voicemails and other messages, while defendant did not do the same.

Ultimately, the issue came down to whether defendant’s threats were credible. Per the case of Kegler v. U.S. DOJ, a credible threat is defined as a threat that is “real and immediate, not conjectural or hypothetical.”

It can be a subjective interpretation, but essentially, there has to be proof that a reasonable person would believe defendant has both the intention and the means to carry out the threat.