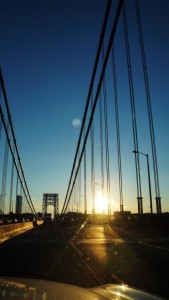 Her defense lawyer was at first puzzled. The woman herself insisted she had only consumed four drinks over a six-hour period when she met her husband at a local bar/grill. Experts opined that at that rate, a woman of her size would have a blood-alcohol level of somewhere between 0.01  and 0.05 by the time she was driving home. She should have been well below the legal limit of 0.08.

As the lawyer scoured the Internet for a possible explanation, there was only one that seemed to make any sense: Alcohol Brewery Syndrome.

Also known as “gut fermentation syndrome,” this rare medical condition happens when excessive amounts of yeast in the gastrointestinal tract convert common food carbohydrates into ethanol. It was a condition first discovered at the turn of the century, but wasn’t studied until decades later.

Individuals were noted to suffer “unexplained bouts of drunkenness,” sometimes for years before they are diagnosed.

In this case, the woman was driving home when she experienced a flat tire. She didn’t want to stop to change the tire, but another driver, concerned, called local police. She was pulled over, and that’s when she blew a 0.40. She was immediately taken to the hospital, as that is considered a life-threatening degree of impairment.

Her husband, responding to the hospital, was confused too. Hours after her admission, he asked the staff to run additional tests. They did. Even hours after she arrived, her BAC measured 0.30, when it should have dropped to almost nothing.

The observers noted she showed absolutely no signs of impairment until her BAC reached levels of between 0.30 and 0.40.

Presenting this evidence to the judge, the attorney argued she was not in fact drunk as a result of alcohol consumption at the time she was arrested. The judge dismissed the charges.

The district attorney has stated it plans to appeal, though it’s not clear exactly on what grounds.

In the meantime, the woman’s condition is reportedly being treated with a combination of anti-fungal medication and a strict, low-carbohydrates diet that is free of sugar, yeast and alcohol.