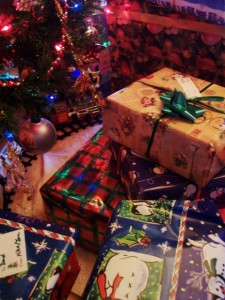 South Florida Sun Sentinel reports the two were charged with grand theft, burglary of an unoccupied dwelling and resisting an officer without violence. Investigators say they discovered not only unwrapped gifts inside the pillowcase, including purses and shoes, but also a myriad of jewelry and rings inside the pockets of each. The homeowner later identified the items as belonging to him. In total, the value of the items was placed at $2,000.

In searching the residence, police reportedly discovered numerous presents beneath the tree had been unwrapped, with the less valuable items left behind.

Fort Lauderdale criminal defense attorneys know these are serious felony charges that could greatly impact the teens’ futures well beyond the New Year.

Let’s start with the burglary charge. F.S. 810.02 deals with offenses of burglary and trespass. To commit burglary is to enter a dwelling, structure or conveyance with the intent to commit some offense therein. It is not necessary to prove a defendant actually committed the intended offense, only that it was intended. In the least serious of circumstances, where defendant did not commit an assault, was not armed with a dangerous weapon and did not become armed in the course of the action and no one was inside or entered at the time of the offense, burglary is still a third-degree felony. That means it is punishable by up to five years in prison.

Then there is the grand theft charge, as outlined in F.S. 812.014. In general, theft charges are filed according to the value of what was stolen and the prior criminal record of the accused. Grand theft in the third degree is a felony punishable by up to five years in prison, and involves property stolen that is valued at more than $100 but less than $300. A petit theft of less than $100 can be increased to a third-degree grand theft if the offender has had two or more prior convictions of any theft.

In this case, however, because the value of the property was more than $300 but less than $5,000, the charge of grand theft in the second degree would apply, meaning the maximum penalty is 15 years in prison.

With regard to resisting an officer, to do so without violence, as defined in F.S. 843.02, is considered a first-degree misdemeanor. It’s the least serious of the charges alleged in this case, but it’s still punishable by up to one year in jail.

If given the maximum (and if the younger offender were tried as an adult), both would face up to 21 years in prison.

Of course, the courts often take into account a number of factors, including offender’s age, prior criminal record and the severity of the crimes.

With the aid of an experienced defense lawyer, the two may be able to find some relief under F.S. 958.021, which is the Florida Youthful Offender Act. This allows young adults who would otherwise be charged as adults to undergo a more flexible and less harsh sentencing program. Their eligibility will depend on a host of a factors, and legal consultation is advised.