Most criminal lawyers will tell you eye witness testimony is incredibly unreliable. There are often many ways to successfully challenge eye witness accounts in court. 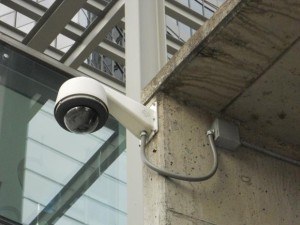 However, it can be much more challenging when the “witness” is a camera. In this digital age, where everyone has a smartphone, surveillance cameras are everywhere and even traffic signals come equipped with the ability to capture images, that’s becoming an increasing reality in many cases.

This was underscored recently in the case of a Sunrise hit-and-run crash last month.

According to The Sun-Sentinel, which was reporting on a warrant issued by local police after the October 18th crash, a man allegedly rammed his vehicle into another in traffic. He got out of his sport utility vehicle, briefly surveyed the scene and then got back into his vehicle and drove away.

Although there were at least two witnesses who attested to this version of events, what may be more powerful evidence against him are the images captured by numerous cameras. Above him, a red light camera snapped away, revealing a black Chevrolet sport utility vehicle striking a white Audi from the rear. Those cameras show a man in a Miami Dolphins jersey, white shorts and tennis shoes step out of the SUV. Seconds later, he hops back into the vehicle and drives away.

But he doesn’t leave before a witness to the crash whips out a cell phone camera and takes video of the vehicle – with a close-up of the license plate – as it speeds away. That camera also shows the driver of the SUV pulling into a nearby box store parking lot.

Police followed that trail to to request surveillance footage from the store. There, they found images of the man getting out of his vehicle, stepping onto the sidewalk, and pacing while talking on his cell phone.

Investigators then tapped several other local businesses for video footage. A nearby gas station had pictures that showed soon after the man left the store parking lot, he was picked up by someone in another dark vehicle before leaving that location.

Meanwhile, inside that Audi, 58-year-old Patricia Ocampo suffered severe injuries, including fractures and torn tendons in her upper arm and shoulder that necessitated surgery.

Authorities pieced together all these images and concluded that the man behind the wheel was 32-year-old Richard Poillucci Jr., who had six prior convictions for driving with a suspended license. At the time of the crash, his license was also suspended. He was also awaiting trial for reckless driving and DUI charges he racked up this summer.

Both the vehicle involved in the accident and the other captured in the gas station surveillance tape are registered to Poillucci’s fiancee. One day after the crash, she reportedly called the local sheriff’s office to report the SUV had been stolen.

It’s unclear whether she will face charges for filing a false police report, though no mention of that was made in the warrant.

Per F.S. 316.027, the driver of a vehicle involved in a crash occurring on public or private property that results in seriously bodily injury to another has to stop and remain at the scene until he or she has fulfilled all lawful requirements (i.e., providing his or her name and insurance information, rendering aid and waiting for law enforcement to arrive. Failure to do so is a third-degree felony.

If someone suffers fatal injuries as a result of such a crash, defendant would face a minimum mandatory four years in prison if convicted for fleeing the scene.