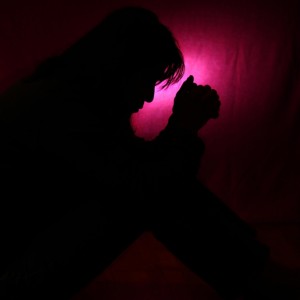 To be sure, parents have a responsibility to hold their children accountable for wrongdoing. At the same time, what some may not realize is that even though these are minors, they can still face adult penalties. That’s why they should receive the same kind of legal defense protection as any adult facing serious charges.

It’s a misconception that juveniles don’t face long-term or severe consequences that in some situations do involve extensive prison time.

This is not to say that parents should be uncooperative with police or refuse to turn their teenagers in. Indeed, such action can sometimes be rewarded by a prosecutor who is willing to offer a better plea deal. However, doing so without first speaking with an experienced Broward criminal defense lawyer can do more harm than good.

What specifically concerns us about a case like this is you have a teen who may have little to no experience in speaking with veteran detectives who do not have his or her best interest at heart. We truly believe there can be accountability without compromising the rest of a young person’s future – which is exactly what can happen when you send that minor in to police questioning with no legal advocate.

In this case, the 15-year-old was allegedly part of a group of four youths who were pursued by law enforcement throughout Broward County for about a half an hour after officer’s flagged their vehicle as stolen. Officers eventually apprehended two of the suspects in Lauderhill when they tried to flee on foot.

Two others – including this 15-year-old – got away. Those two then allegedly ran to a nearby sport utility vehicle that had previously been reported stolen. Police believe the pair staged or parked it there intentionally.

Those two were then followed by police until the occupants finally ditched that vehicle too and attempted to outrun police again.

The teen’s mother reportedly saw footage of the pursuit on the nightly news and recognized her son. It was at that time she decided to turn him in.

Investigators are also reportedly looking at the involvement of a teenage girl.

The teen whose mother turned him in was charged as a juvenile with one count of vehicle burglary.

Juvenile courts often do have broader powers in determining a juvenile “sentence,” which is more formally known as the disposition. Burglary is typically a felony under Florida law. Teens may ultimately required to long-term detention, commitment to a long-term, off-site youth program, fines, community service and restitution.

With the help of an experienced criminal defense lawyer, you can help to protect your teen from some of the most serious – and usually unwarranted – punishments he or she might face.

Teen turned in by mom and 2 others in custody after Broward police pursuit, March 1, 2016, By Linda Trischitta, Sun Sentinel