Although many parents worry about how they will help their teens avoid the pitfalls and perils of underage drinking, some parents view it as better to embrace it. “If I can oversee it, I can control it and protect them,” the thinking goes. 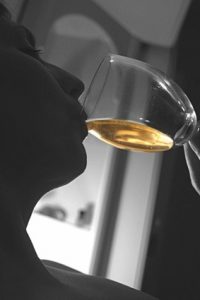 This is erroneous on several fronts. There is of course the civil liability that can be imposed if you knowingly allow a teen to imbibe on your property – particularly if you supply the alcohol – and that teen later drives and is involved in a crash. Although there is technically no social host liability law, F.S. 768.125 holds that a person who sells or furnishes alcohol to someone who is not of lawful drinking age can be liable for injury or damage caused by or resulting from intoxication of that minor.

Beyond that, adults who allow minors to drink or furnish them with alcohol could face charges for child abuse and/ or neglect, as one Florida mother recently discovered.

As reported by The Daytona News-Journal, a 35-year-old mother from Daytona Beach was arrested on charges of child abuse, child neglect and contributing to the delinquency of a minor after her daughter was hospitalized for alcohol poisoning. The girl and her mother were reportedly downing whiskey shots in a hotel when the girl started throwing up and was shaking so severely that the girl’s 13-year-old sister begged her mother to call 911. The mother reportedly refused to do so initially, choosing instead to put her sick child in the bathtub. however, the girl continued to get sicker, and she relented, according to news reports. The 15-year-old was hospitalized with severe alcohol poisoning.

The 911 call reportedly begins with the voice of an unidentified man, but later defendant mother is on the line. The girl’s mother told the operator, “She was drinking and I told her not to.” She told the operator her daughter was consuming Jack Daniels liquor. After the girl was treated, she reportedly told investigators she had stolen the bottle from her grandfather and that her mother was aware of this and was consuming the bottle with her.

However, the girl later said on a Facebook post that she had poured the liquor into a soda bottle and that her mother was unaware of her consumption of alcohol and was not drinking with her. The girl also told a newspaper reporter that her mother had “saved her life.”

Proving a case like this may depend on a number of factors, including the veracity of the daughter’s varying statements, as well as any statements made by the mother and the potential testimony of the 13-year-old sister.

F.S. 827.03 explains child abuse and neglect in Florida. Abuse occurs when there is either intentional infliction of mental or physical injury on a child or when an intentional act could reasonably be expected to result in physical or mental injury to a child. Neglect, meanwhile, occurs when a caregiver fails to provide a child with the care, supervision and services needed to maintain the child’s physical and mental health. This could include food, nutrition, clothing, medicine, medical services or other care that a reasonable person would consider necessary for a child’s well-being.

Case of child abuse/ neglect that do not result in great harm are still considered third-degree felonies, and carry with them a maximum penalty of five years in prison. Aggravating factors can increase the charges and penalties.

If you are arrested in connection with a child’s consumption of alcohol and/ or drugs, it’s imperative that you consult with an experienced defense lawyer.