Protests over systemic police brutality against Black individuals has shined a light on the many forms of technology law enforcement has in its arsenal. One of those – surveillance technology and facial recognition – is increasingly being used by Florida police agencies to collar protesters on criminal charges. 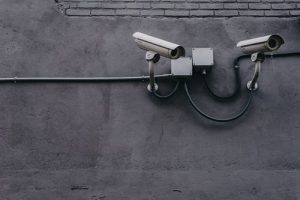 For those who may be unfamiliar, facial recognition technology uses a photo of someone to compare it to other photos in an existing database. In Pinellas County, for instance, the facial recognition system used by the sheriff’s office draws from a database of approximately 38 million photos – everything from driver’s licenses to ID cards to mugshots.

It’s a tool that has been gaining in popularity with police over the last 20 years, but it’s been highly controversial, raising concerns about privacy, mis-identification potential and the risk of racial profiling and surveillance.

As our Fort Lauderdale criminal defense lawyers can explain, that could be a back door way of taking the technology out of the hands of local police, even if local and state authorities take no action on it.

NBC Miami reported in July that companies like Amazon, Microsoft and IBM – all of which contracted with federal, state and local police agencies – have announced they will halt selling of the tech to police agencies, citing concerns over privacy as well as racial disparities for its use. GovTech.com reported some evidence shows some of the algorithms used by some of these devices may have issues accurately identifying people with darker skin tones. In fact, it was a mistaken identity case in Illinois reported earlier this year by The New York Times that spurred introduction of the Senate bill.

Of particular interest to criminal defense lawyers is that some of these contracts expressly state that the technology firms make no guarantees about the accuracy of the search-identification software. That could lead to serious problems for people who are completely innocent but wrongfully identified. The assistant chief for the Miami Police told local reporters that while concerns about gender and racial bias are real, the department has safeguards in place to prevent police arresting the wrong person. These include requiring some form of additional evidence, such as DNA or a witness, to initiate an arrest. The company further states that the tech is not designed to be relied on as a single-source system of tech, nor is it to be presented as evidence in a court of law. Department policy, at least in Miami, expressly indicates that a facial recognition search on its own is not probably cause for arrest.

Clearview points to a 2019 study indicating that no incorrect matches were found via the facial recognition system across all demographic groups. However, critics such as the ACLU say these findings are questionable.

If you are arrested in Fort Lauderdale, whether facial recognition technology is used or not, it is imperative to consult with an experienced Fort Lauderdale criminal defense lawyer.