Florida passengers en route to California are being arrested after authorities at local airports detect the smell of marijuana on them. California, as most are now aware, is one of the handful of states that now allows the cultivation, sale and possession of marijuana for recreational use. Florida law is much more stringent, allowing sale, use and possession only for medicinal use, as recommended by a physician. 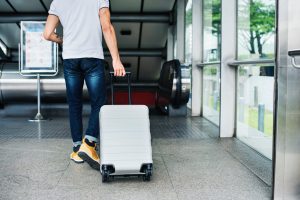 VICE.com reports on criminal investigations and civil forfeiture actions lead by the Broward County Sheriff’s Office’s narcotics and money laundering task force that target passengers on their way to California.

While in criminal cases, the burden of proof is on prosecutors to prove one’s guilt beyond a reasonable doubt. In a civil forfeiture action, however, it’s the property owner who has the burden of proof to show the cash or other property to establish that those funds or properties weren’t being used for criminal drug activity. That often deters people from filing counterclaims to retrieve their items. Law enforcement appears to count on the assumption that people won’t pursue retrieval of their property.

Fort Lauderdale civil forfeiture attorneys can help you determine if fighting to recover your property is a worthwhile venture, as well as advising you on protecting your rights if you’re being criminally investigated as well.

According to one civil forfeiture complaint, a 32-year-old passenger from Maryland on his way to Los Angeles was approached by detectives, who surrounded him as he left the ticket counter and asked to search his carry-on suitcase and backpack. When they did so, they allegedly smelled the odor of cannabis on his suitcase and clothing.

The traveler said he’d smoked the substance earlier in the day, but was not under the influence. He did not have a medical marijuana card, but said he used marijuana to treat work-related pain. The deputies didn’t find any marijuana, but did find more than $11,000 in cash, and the K-9 unit reportedly indicated traces of narcotics on the money. Authorities say the defendant was deceptive and untruthful when asked questions that were simple, direct. He reportedly lied when asked when he bought his ticket and about how much money he had on his person. He also allegedly became visibly nervous.

Police then seized his cash by initiating the process of civil forfeiture. As criminal defense attorneys can explain, law enforcement is allowed by law to seize a person’s money, car, home and other property with those suspected of using those assets for illegal activity – and do they can do it without ever charging them the person with a crime.

According to VICE, authorities have filed at least 15 other civil forfeiture cases against 19 people dating back to 2016. The circumstances of these cases area all similar – each starting with deputies approaching seemingly random people, though each had recently purchased a one-way ticket to California. In each case, deputies detected the odor of marijuana on the individual or their belongings, noted they were evasive or untruthful with how they made their money, which was in each case seized on the deputies’ presumption it was used in drug trafficking.

Of the more than a dozen of these cases, only three were actually arrested for drug possession, and none were charged with the more serious drug trafficking – which is what the civil forfeiture law is devised to address.

Meanwhile, the Broward County Sheriff’s Office has taken in $190,000 over the last three years under Florida’s Contraband Forfeiture Act.

Additional Resources:
These Cops Are Seizing Cash from People Who Smell Like Weed Before They Fly to California, Sept. 9, 2019, By Francisco Alvardo, VICE.com
Contact Us
(954) 761-4011