Despite a breathalyzer result that showed he had consumed less than the legal blood alcohol content threshold of 0.08 percent, the mayor of Gainesville was arrested recently by state troopers on a DUI charge. 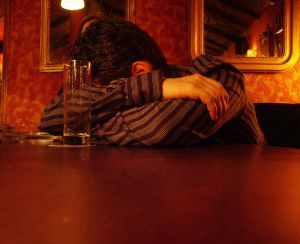 Our Broward DUI lawyers know that situations like this are somewhat rare, but not altogether unheard of.

Although many tend to associate breathalyzer or blood sample analysis with the be-all-end-all when it comes to determining intoxication, the reality is it’s only one tool for law enforcement officers. Still, it is true that generally if you pass a breathalyzer or blood test, you will be released by the officer.

The exception to this is if you appear to be intoxicated or impaired. Officers might conclude that you are under the influence of other substances, even if it isn’t immediately identifiable which ones. You can actually be charged with DUI for taking your own prescription medications if those drugs cause you to become impaired.

Or, if the only thing you have consumed is alcohol, officers might conclude that even if you are not legally over the limit, you have a lower tolerance level and could still be charged with driving under the influence.

Anytime your blood alcohol testing results come back with a lower-than-legal limit threshold, it is going to work in your favor in court (bearing in mind that the legal limit is lower for commercial drivers and those under the age of 21).

In this case, the Gainesville mayor was reportedly found sleeping behind the wheel of his car, which had sustained significant damage. He had reportedly been involved in a nearby accident.

About an hour before the mayor was found at approximately 3:45 a.m., troopers were called to the scene of an accident. We don’t know much about that crash except for the fact that it apparently caused some property damage and no one was hurt.

When troopers discovered the mayor, he conceded to officers that he had drunk three beers the night before (this was around 4 a.m.). He told deputies that the cause of the crash was that he had dozed off behind the wheel.

Officers said that while his blood alcohol level did not put him over the limit, he displayed other indicators of impairment. He smelled of alcohol. His eyes were red. Officers said he failed a field sobriety test.

Florida Statute 316.193 holds that you may be arrested for DUI if you are in actual physical control of the vehicle AND at least one of the following:
–Your blood alcohol level is 0.08 percent or higher;
–You are under the influence of either alcohol or any chemical substance that affects your normal faculties.

When the blood alcohol or breathalyzer test doesn’t support the testimony of the officer, it becomes a he-said-he-said situation. For instance, the judge and jury can’t know to what extent a person smelled of alcohol. It’s entirely subjective.

Given that this individual holds a great deal of credibility as a public official, we suspect he has a strong chance of successfully fighting the charge.