A Hollywood woman is facing child abuse charges after investigators allege she burned her 17-year-old daughter, who had reportedly engaged in an online relationship with a boy, despite the fact that she was betrothed to her cousin. 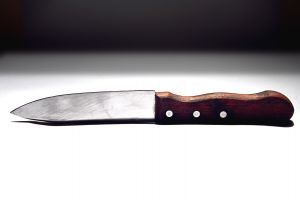 Our Fort Lauderdale domestic violence lawyers know that instances like this, involving conservative Middle Eastern parents and their children, are sometimes referred to as “honor violence.” The girl’s actions, although acceptable by Western standards, are deemed a stain on her family’s honor by those within their religious and cultural community.

However, law enforcement officials and prosecutors will not take cultural backgrounds into consideration when deciding when to pursue charges in these cases. They are looking strictly at whether the alleged actions violate the law.

As styles of parental discipline can vary greatly between cultures, it’s very important immigrants to the U.S. understand how criminal laws vary between their native country and their new one. What in other places may be seen as a reasonable effort to control or punish unacceptable behavior, here is interpreted as child abuse or domestic violence.

In this case, the principal of the girl’s school called authorities after a classmate alerted them to the girl being suicidal over the incident, which is alleged to have taken place in January. Her 35-year-old mother, who was born in Yemen and speaks no English, reportedly burned the girl three times with a hot knife on her arm after learning of the friendship she had developed online with another boy, despite the fact that she had an arranged marriage pending.

The girl said that although her mother had carried out the action, her father had known about it. He has not at this juncture been charged with a crime, though based on the “encouragement” portion of the definition, he certainly could be at some point.

Initially when questioned, he told investigators the girl had burned herself on the stove. When detectives pointed out the presence of three different burns, the father requested to speak to an attorney and the interview ended. The mother was not interviewed, as she speaks only Arabic.

The mother was arrested on three counts of domestic violence and was released after posting nearly $23,000 bond.

There are numerous other examples where this issue has arisen in the U.S. recently. In the spring of 2008, a suburban New York brother stabbed his teen sister for going to nightclubs and donning clothing he deemed immodest. He was ultimately convicted of attempted murder and handed a 10-year sentence.

In the fall of 2009, a father killed his 20-year-old daughter in Arizona by running her over with a vehicle after she reportedly refused to be a party to the arranged marriage her parents had established for her. He was convicted of murder and given 35 years behind bars.

And then just last year, a 19-year-old was reportedly attacked by her father, mother and younger sister after she was caught speaking to a non-male family member. All three family members are facing assault charges.