December is one of the busiest months for law enforcement officials, with many agencies gearing up to host a large number of DUI checkpoints. 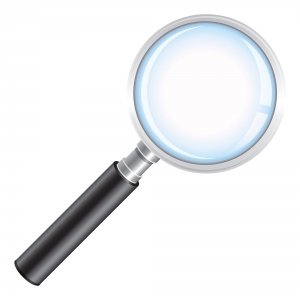 The Florida Highway Patrol recently announced that with the holidays, officers would be conducting a series of checkpoints, as well as saturated patrols, known as “wolf packs.”

Fort Lauderdale DUI attorneys know that despite all the work that goes into preparing a checkpoint, arrests made during the course of these operations can often be easier to fight. That’s because the rules about what constitutes an appropriate checkpoint are so strict.

Too often, many people assume they have no choice after a checkpoint arrest but to simply plead guilty and accept whatever deal the government decides to dole out. This is incorrect, and failing to fight the charges with the help of an experienced attorney can end up costing you a great amount of time, money and headaches in the long-run.

First, we have to tell you that in Florida, checkpoints are in fact legal. This is the case in the majority of states, though there are 12 that do not conduct them.

Florida, unfortunately, is one of the states known for conducting them the most frequently. While other states may have checkpoints weekly or every other week, Florida has anywhere from 15 to 20 every single month. Many of those take place in South Florida.

December is a prime month for these operations because of the increase in travelers and the abundance of holiday parties and celebrations.The day before Thanksgiving (sometimes referred to as “Black Wednesday) has become synonymous with wild parties, and from then through New Year’s Eve, police agencies are on the prowl for suspected drunk drivers.

But even if you were drinking before you got behind the wheel, there are ways that your attorney can call into question the validity of the checkpoint, and therefore the evidence obtained. This often results in a dismissal of the case or a favorable plea deal that involves a reduction in charges.

For example, in Guy v. State, decided by the Florida District Court of Appeals in 2008, the defendant was stopped in a DUI checkpoint. His license was suspended and he was already on probation for a Felony DUI. He wasn’t drinking in the latest stop, but given his past history, he was facing jail time. However, the Court of Appeals panel sided with the defendant in finding that the written DUI checkpoint guidelines as they existed gave officers too much discretion in determining which vehicles would be stopped. Essentially, this amounted to an illegal arrest under the Fourth Amendment.

This is just one example of how DUI cases can crumble under more intense scrutiny.

Just recently in Pasco County, a number of DUI arrests were dismissed after it was proven that the officers, after saying ahead of time that they planned to stop every third vehicle, in fact broke that rule and were pulling over four cars at a time.

Other rules that govern how sobriety checkpoints in Florida must be carried out include:

1. They have to be part of an ongoing program to deter drunk driving.
2. Drivers have to be sufficiently warned that they are about to enter a checkpoint.
3. The selection of where a checkpoint will be held can’t be random – there has be a specific objective in the interest of public safety.
4. Any change in the original planning of the checkpoint has to be well-documented.
5. Detection and investigation techniques have to be standardized and well-planned.