Police in Boynton Beach recently arrested a 14-year-old girl and a 35-year-old man after the two were stopped in a stolen vehicle, which was being driven by the underage, non-licensed girl. 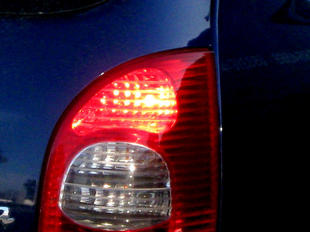 Authorities say the girl was invited by the man to drive the vehicle after the two met at a party in Delray Beach. The girl would later say she had no idea the vehicle was stolen.

Our Palm Beach juvenile defense attorneys know that while this young driver could potentially be barred from obtaining a driver’s license until she’s 18, this does appear to be a situation in which a youth was strongly influenced by an older individual. That could factor into the judge’s determination of how harshly she should be treated. It’s plausible an argument could even be made that she was a victim in this case.

We all know that teenagers sometimes make poor decisions. Sometimes, that is simply part of growing up. We recognize that for parents, there are few things more unnerving than learning that your teen has made a bad judgment call behind the wheel of a vehicle.

Many parents find that criminal traffic offenses are the first (and hopefully only) contact their child has had with the justice system. From time-to-time, we have encountered parents who lean toward letting the system handle the matter, figuring that if their teen did wrong, he or she should pay the consequences. This logic, while understandable, is somewhat flawed.

Yes, you want your teen to recognize the gravity of what they have done. However, without an advocate in their corner, there is the possibility that the outcome of a juvenile case – even a traffic case – could have long-term implications for their future.

First of all, involvement in the criminal justice system at a younger age has the effect of establishing a negative label, which they may then begin to internalize. You could find that they then continue to make bad decisions because they begin to believe that they are a “bad person.”

Secondly, although the juvenile justice system is generally geared toward reform rather than punishment, juvenile court judges may have a fair amount of discretion and some are notorious for taking a more punitive approach.

Juveniles who are charged with criminal traffic-related offenses may be treated differently than adult offenders in certain circumstances. For example, a teen suspected of DUI in Florida would be considered intoxicated with a blood-alcohol measurement of just 0.02 percent, versus an adult who could have a BAC of up to 0.08 percent. However, the penalties could be about the same for both.

Most juvenile traffic offenses are going to be handled at the County Traffic Court. However, felony traffic offenses, such as felony DUI, felony driving with a suspended license, aggravated fleeing and eluding and DUI manslaughter, would be handled within the circuit court.

Teens who are older than 14 may be charged as adults for felony traffic charges. That will be up to the prosecutor’s discretion.

In this recent case, the teen is not being charged with theft of the vehicle. According to authorities, the girl met the 35-year-old at a party. The man asked the teen if she wanted to “slide,” slang for “drive.” She left with him. While he drove at first, he asked if she knew how to drive. She said she did and the two agreed to switch places. He asked if she’d ever driven on the highway before. She said no, and he offered to teach her in a crash course.

She pulled onto the highway, but was only there for a few minutes before she was stopped by officers for numerous traffic violations. When the officer ran the tag on the vehicle, he learned it had been reported stolen several weeks earlier.

The man is charged with felony grand theft of a motor vehicle. Additional charges could be forthcoming.