With the start of the school year comes a heightened risk of Florida DUI arrests, not just for newly-minted teen drivers, but parents as well. 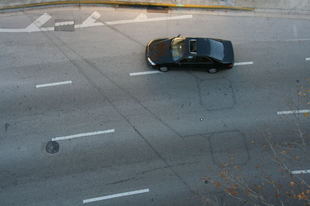 While the summer months can be spent lazily at the beach or grilling out at home by the pool, the school year is packed with child-oriented activities. That includes not just ferrying younger children to-and-from school, but also to all sorts of sporting an extracurricular activities.

These demands will have parents out and about more. Even moderate consumption of alcohol or the controlled consumption of prescription medications or over-the-counter drugs could expose parents to the potential for a DUI.

Most recently, it occurred at an elementary school in Miramar. According to the police report, the 39-year-old mother had arrived to pick up her child. At that time, she reportedly nearly struck another vehicle while in the student pick-up line, which snaked around the school.

An officer reportedly stopped the woman after she was observed running over one of the plastic lane markers set up outside the pickup line. When the officer approached the vehicle, it was reported that the woman appeared to be slightly disoriented. Her speech was slurred and she couldn’t explain why she had driven over the lane marker.

The mother denied she had consumed any alcohol and said she wasn’t taking any sort of medication. However, her balance was reportedly poor, and the officer said she had to grab onto the door handle to keep from falling as she stepped out of the vehicle. She allegedly failed field sobriety tests, but declined to submit a breath or urine sample.

Not only was she arrested for DUI, but the Florida Department of Children and Families was contacted to establish a case file on the mother, who has three children between the ages of 6 and 14.

While a case with DCF would run concurrently with the criminal case, it’s worth pointing out that the outcome of the criminal case could influence the family law case. For example, a DUI conviction would cast an unfavorable light when it came to matters of child custody, etc.

Since the beginning of the school year, there have been a number of similar cases in the news.

One involved a Tennessee mother who was arrested after trying to pick up her elementary school child while reportedly intoxicated. School officials said they refused to release the child to the mother because they smelled alcohol on her breath. She then left the school without her child and was stopped a short time later by police. Officers reported that in addition to open beer cans in the vehicle, another child was inside, walking around the back unrestrained. Not only was she arrested for DUI and child endangerment, her children were placed in the care of a relative.