A single shove outside a Florida tire shop ended one man’s life and forever altered another. 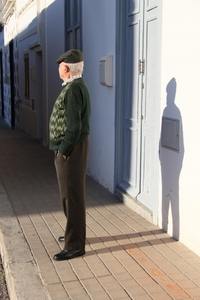 Casey Fletcher, 28, is facing a charge of manslaughter, following an altercation outside the store on Prospect Boulevard in Fort Lauderdale. The fact pattern in this case has been described as “unique” for the fact defendant did not intend to cause harm to the alleged victim. Rather, he was coming to the aid of his girlfriend, and he didn’t try to use or even have possession of a weapon.

However, that single push resulted in the 66-year-old falling on the concrete, striking his head hard on the ground. His brain injuries were serious. His brother recently spoke with a reporter about the decision to take him off life support. He described his “shock” and called the whole incident “a shame.”

According to news reports of the case, the alleged victim was walking along the sidewalk, using his cane for support. He came upon defendant’s girlfriend’s vehicle, which was blocking his path and preventing him from going around. She was trying to exit out of the tire shop, and in so doing, her car was momentarily blocking the pedestrian’s path.

Video of the incident, captured on the store’s surveillance system, shows the older man making hand gestures and hitting the woman’s car with his cane. The woman stepped out of her vehicle to check for damages. At that point, her boyfriend then stepped out of his van, which was nearby, to come to the defense of his girlfriend.

At that point, defendant is seen in the video shoving the older man. He fell. He became unresponsive. Both defendant and his girlfriend then left the scene. Neither one of them called police to tell them about the dispute or the confrontation.

A spokeswoman from the Broward County Sheriff’s Office noted the older man’s cane had a tennis ball on it, so there was no damage to the woman’s vehicle. Defendant, a bartender in downtown Fort Lauderdale, told detectives he saw the can swing at his girlfriend’s car and got out with the sole intention of getting between the man and his girlfriend in order to protect her.

But a lack of intent to harm will not allow one to avoid all criminal penalties. Manslaughter, as defined in F.S. 782.07, is a form of culpable negligence. That means that while an individual may not intend to inflict harm on another person, he conducts himself in a way that shows reckless disregard for human life or conscious indifference to the safety and welfare of others.

Culpable negligence is actually its own charge, and it’s a misdemeanor usually. However, when it results in a death, it is charged as manslaughter, which is a felony of the second-degree. That means it is punishable by up to 15 years in prison.

Our Fort Lauderdale criminal defense lawyers know this could make it worse for this defendant is that the manslaughter statute makes it a first-degree felony to cause the death of an elderly or disabled adult by culpable negligence. One could dispute whether a 66-year-old who uses a cane is “elderly” or “disabled,” but it is possible. However, prosecutors have not added an “aggravated” stipulation to this particular charge.